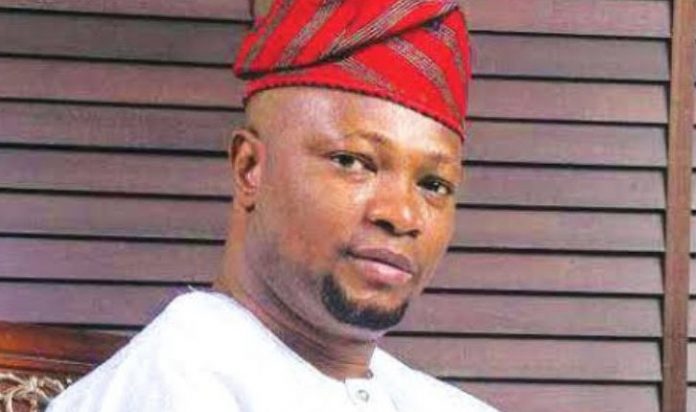 Share this on WhatsApp
Spread the love
The Lagos State Peoples Democratic Party has resolved for Dr. Olajide Adediran to be the flag bearer and governorship candidate of the party,his candidature was decided at the party’s gubernatorial primaries held on Wednesday.
Olajide emerged winner of the election having polled 679 votes to defeat his contender Mr. David Kolawole Vaughan (Dakova) who polled 20 votes.
Mr. Adediran was declared winner of the election by the Lagos PDP Chairman  Electoral Committee/Returning Officer Mr. Emmanuel Ogidi, who disclosed that 709 adhoc delegates were accredited for the primaries at the end of which 10 votes were voided.
He also affirmed that a total of 775 adhoc delegates were initially expected at the primaries, but for the alleged delegates list discrepancies cited by the Ajeromi Ifelodun adhoc delegates, which consequently reduced the number of local governments represented to 19 from the recognised 20.
This also culminated in their not been able to sail through the accreditation process.
Ogidi said: “The total number of accredited voters is 709, and Olajide Adediran got 679 votes, DAKOVA (David Kolawole Vaughan had 20 and we had 10 voided votes. 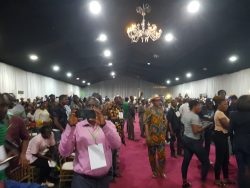 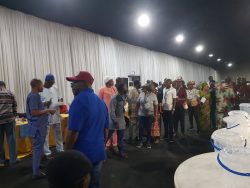 “Let me specially appreciate my brother here, Dakova thank you very much indeed for being the last man standing.
“When I joined the Peoples Democratic Party I heard about different tendencies but you know what, each time I visit every leader of each the tendencies they will say to me Jandor don get the ticket.
“Chief Ibiyinka Olabode George is our leader, all of them says this, even up until this afternoon so I’m also using this opportunity to salute him and to thank everybody who has been working alongside him till this moment.
Now we have a project at hand I promise you,I am going to use this ticket to unite Lagos PDP so that we can win Lagos for PDP, from today till the 29th May 2023, when air will be sworn in as Governor of the state.
“ I will carry this PDP flag with pride, not just a PDP ticket, it is a ticket for the entire Lagosians.
“It is a ticket for the soul of the state of Lagos, this is a ticket for our total emancipation, it is a ticket make Lagos work for all irrespective of where you come from.
“This is a ticket that will produce the very first independent governor of the state of Lagos, this is a ticket that will ensure we have a Governor that will not require second level approval before he gets something done.
“Finally let me thank our leaders at the national and especially our Chairman Professor Iyorchia Ayu, we know have a big task ahead of us, I do know that I have an herculean task of winning Lagos for PDP and I believe it is not something I can do all by myself. 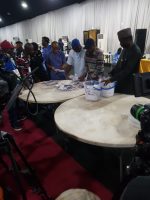 “Just like I promised other aspirants this afternoon that the very first meeting I’m going to be having will be within all of us the aspirants and now the candidate.
“We will sit together because in all of them resides great ideas and best brains that we need to tap from to get to where we are going and by his grace in 2023 Lagos is swinging to PDP,” Dr. Olajide said.
Also accepting defeat, Vaughan said that he jostled for the party’s ticket with a clearly mapped out strategies to transform the state.
He promised to support and back Adediran’s ambition with everything he had.
Consequently Adediran stands battle ready to take on whoever the APC puts forward at polls.
Share this on WhatsApp