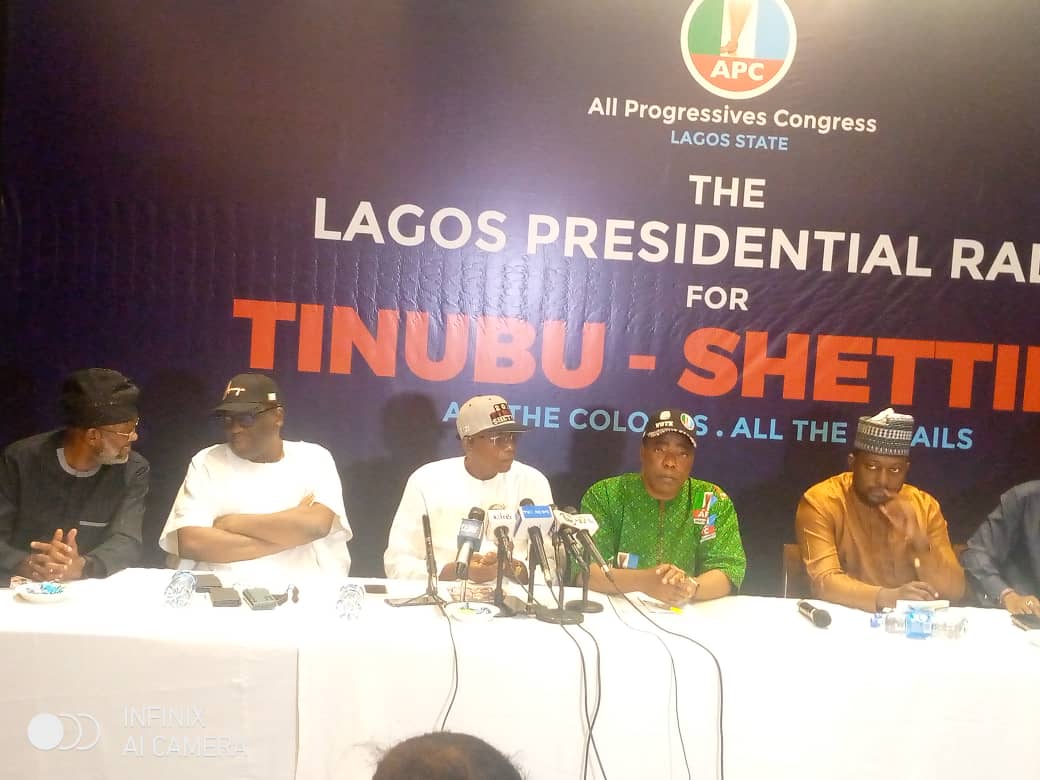 The All Progressives Congress APC Lagos State Campaign council has pledged to ensure seamless traffic management and adequate security, within and around the venue of the party’s presidential campaign rally in the state, as they host the presidential candidate Bola Tinubu and his running mate,Kashim Shetimma,who will be addressing electorates on their masterplan to retool Nigeria.

The council hinted that all logistics needed to ensure that Lagosians do not experience any hitches moving within the state, particularly around the venue picked for the rally which was expected to last for three hours, between 11am to 2pm, have been made available in the state.

The Director-General of the APC Campaign Committee and chairman of the organising committee for Lagos, Ganiyu Solomon, gave the assurance on Wednesday while briefing pressmen on the plans already made available to forestall any untoward development during the campaign rally scheduled for Saturday, November 26th.

Solomon, who disclosed that the campaign was scheduled for Teslim Balogun stadium in Surulere Local Government, said that a large number of law enforcement officers from Lagos Police Command and officials of the Lagos State Traffic Management Authority (LASTMA) were mobilized to manage traffic and prevent any breakdown of law and order within the axis.

He explained that the need for the large number was due to the crowd expected to welcome Tinubu whose political base was Lagos and other dignitaries expected to accompany him to attend the rally in the state.

Solomon, meanwhile, hinted that the rally was for the presidential campaign and that other candidates vying for elective offices from the state would not be allowed to speak nor be unveiled during the exercise.

The chairman noted that another rally would be organised to unveil the party’s gubernatorial candidate, Babajide Sanwo-Olu, and other flag bearers seeking elective offices in the upcoming election.

Also commenting on the plan already provided, the Chairman, Lagos APC, Cornelius Ojelabi, explained that all logistics provided were basically not to restrict anyone from attending this campaign rally in the state. 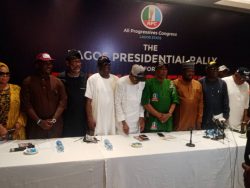 Ojelabi added that alternative routes have been mapped out to assist motorists, who would not be attending the rally, to travel across Lagos without experiencing traffic gridlock.

The National Youth leader, APC, Dayo Isreal, however, disclosed that members of the party’s National Working Committee (NWC) have already perfected their traveling arrangements to attend the Lagos rally considering that the state is Tinubu’s political base.

Isreal added that aside from trooping to the campaign rally, the APC members and Tinubu’s supporters in Lagos should engage in individual campaigns so as to win more electorates that would vote for the APC flag bearer.

The Lagos State Arewa Community Chairman Engr. Sa’adu Yusuf Dandare Gulma, who was also part of the press parley note that the Arewa community will be massively ready to welcome the APC presidential candidate and his running mate, given his neighbourly mien in governance for which many goodies has come the way of the people from the northern extraction resident in the state.

Sa’adu note that the future is clearly bright with Asiwaju holding the reins of power in the country.