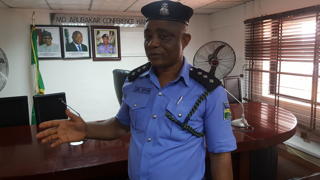 The Police Public Relations Officer, Lagos State Police Command has announced that members of the public can conveniently contact the police through various social media account platforms that have just been created.

Making this known through electronic statement, the PPRO, Lagos State Command, DSP Joe Offor said it has become necessary to create the channels to avail members of the public who wish to reach the police to do so through: Email: [email protected]; Twiiter: policeNG_lagos and Facebook: www.facebook.com/policePROlagos.

He, however, warned that the office of the Police Public Relations Officer, Lagos State Police Command do not have/operate any other social media platforms. He admonished members of the “public to be wary of any Police Press release emanating from other media than the above.

Share this on WhatsApp
Related Topics:CommandPolicepolicePROlagossocial media accounts
Up Next