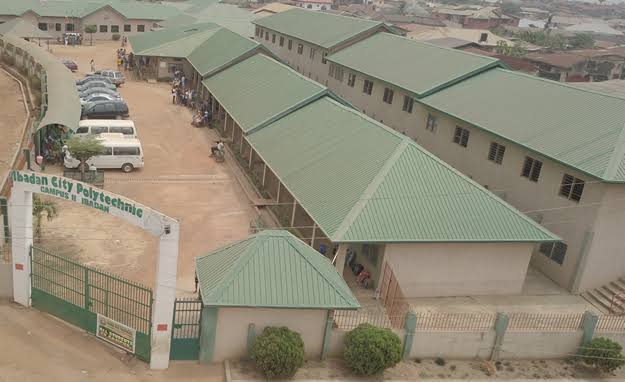 The Olubadan of Ibadan land, Oba Olalekan Balogun, has charged the management of Ibadan City Polytechnic (ICP) to let its city of abode feel its impacts in the area of research output that would address some of the identified problems confronting Ibadan residents.

The traditional ruler gave the charge on Tuesday while playing host to the ICP management, led by its Rector, Dr Oladayo Makinde, at his Alarere residence in Ibadan.

The Oba identified some of the challenges confronting Ibadan residents to include epileptic power supply, inadequate water provision, waste disposal, flooding and other environmental related issues.

He assured ICP that the palace would throw its weight behind any proposal emanating from the ivory tower that could tackle any of the identified menace.

Olubadan further charged the institution’s management not to relent on its efforts toward sustaining its enviable position “among the private polytechnics in the country.

“And to work towards introducing some new and current courses that can make its products global competitors job-wise”.

In his reaction, the rector of the institution, Makinde, said the decision to visit the traditional ruler, was to rejoice and identify with him, on his emergence and coronation as the 42nd Olubadan of Ibadan land.

He said that ICP had made tremendous progress since its establishment “which has reflected in its rating as the best private polytechnic in the country as well as its participation in the mandatory one-year National Youth Service.

“We have displayed our commitment and loyalty to Ibadan since the inception of the institution and we will not relent.

“We crave the indulgence of Olubadan to stand by us as his children and institution, with a promise that we will not disappoint your Majesty,” the rector said.

Share this on WhatsApp
Related Topics:chargesIbadanIbadan city polytechnicimpactOlubadanprivate polytechnic
Up Next