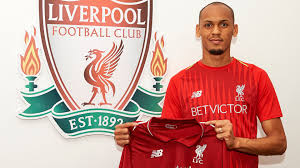 The Reds completed the signing of the Brazilian for £43.7million on Monday with rumours that Lyon’s Nabil Fekir and Roma’s Alisson could follow him in the door this summer.

And Cascarino has identified three positions that Liverpool need to strengthen if they are to compete at the top of the Premier League next season.

On signing Fabinho, Cascarino told talkSPORT: “He ticks all the boxes.

“He can be a holding midfielder, he can be versatile and you can play him in other positions like at full-back.

Share this on WhatsApp
Related Topics:FabinhoLiverpool FC
Up Next

Liverpool Goal Stopper: Karius replacement has something to say