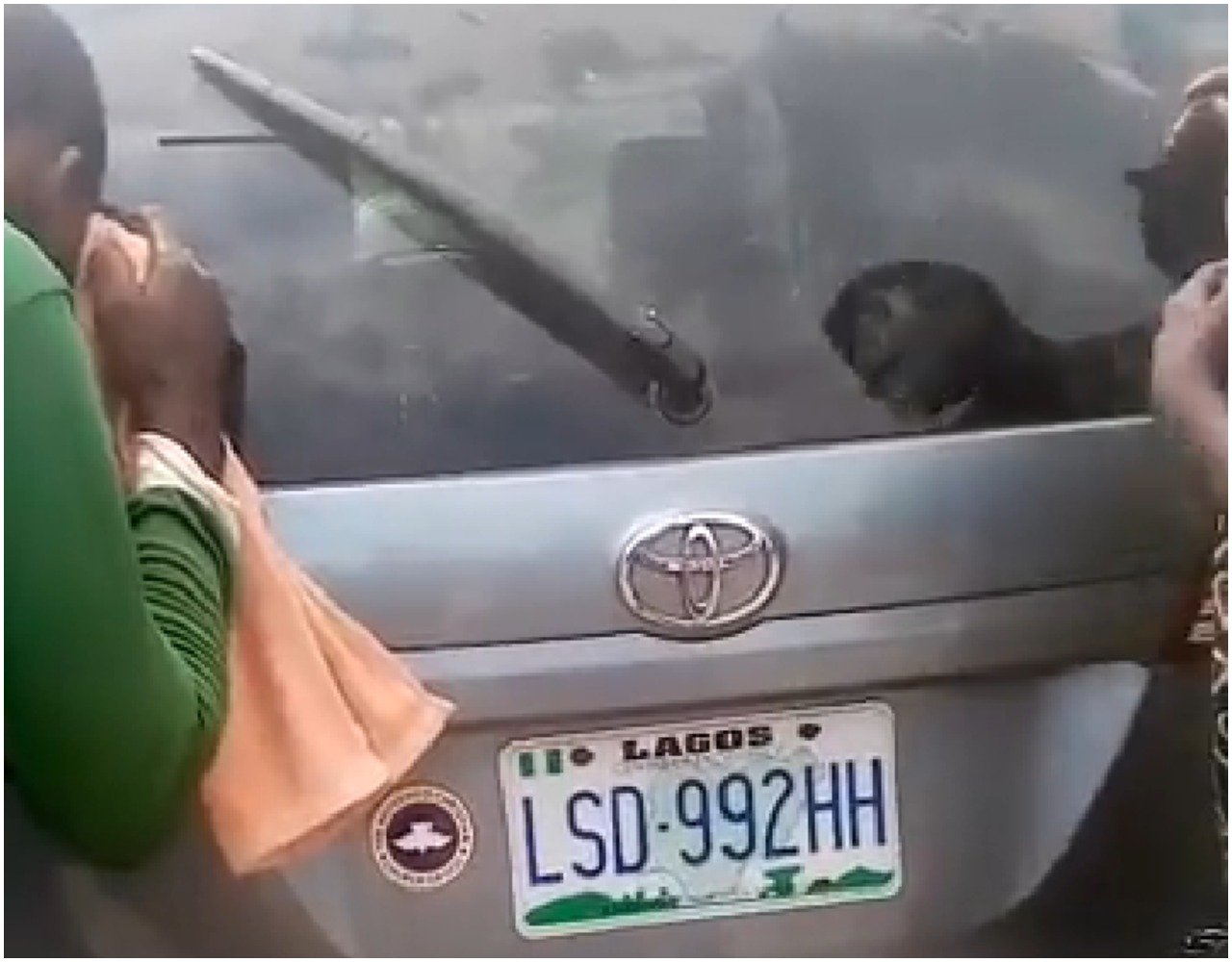 Two persons suspected to be lovers have been found dead inside a Sienna along the Mowe/Ibafo axis of Lagos-Ibadan highway.

The car, found Tuesday, had a Lagos number plate, LSD 992 HH, had a helmet on the dashboard.

Residents are   already speculating on the cause of their death.

While some said they had no idea what killed the couple, others said the lovers were having sex in car before they died.

He said it was a case of murder and suicide.

According to him, the man had visited the deceased woman, his girlfriend, somewhere in Lagos.

“The two did not die while having sex. What happened was that the girl in question happened to be a girlfriend to that man. He rented an apartment for her somewhere in Lagos. He went there to visit her. We don’t know what transpired between them, but we learnt he hit the woman on the head and she slumped.

“He carried the lifeless body of the woman in his vehicle. People in that neighbourhood ran to Ilaje police station in Bariga to report. But he drove off, straight to his house at Orimerunmu. He dropped a suicide note, informing his wife that he had killed somebody. He told his wife not to bother looking for him, asking her to take care of the children. Then he left the house.

“He drove and parked near NASFAT area and he committed suicide there. We saw a container of Sniper in the vehicle, which suggested that he drank Sniper (an insecticide). He wound up the glasses and died in the vehicle.”

The PPRO added that the corpses had been deposited in the mortuary.