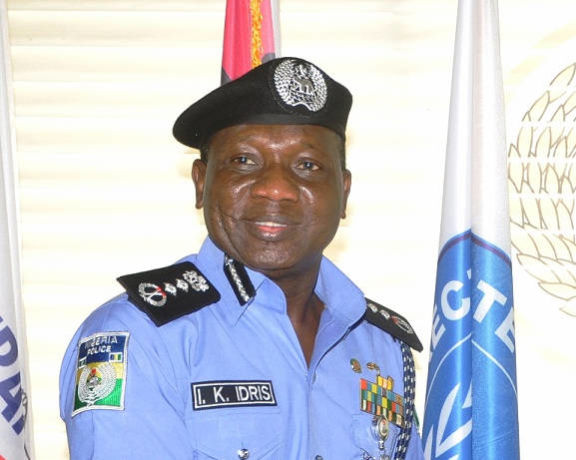 Share this on WhatsApp
Spread the love
From OSEMWENGIE BEN OGBEMUDIA, Benin City
It was a pathetic and gory sight as tragedy struck in Uzebba-Iuleha, Owan West Local Government Area, Edo State, when a man, 36 years, killed his 83 years old mother. Segun Odihirias, slaughtered his aged mother, Maria Odihiri, cutting off her head with cutlass.
Odihirias subsequently put the remains of his mother in a wheelbarrow trying to sneak the lifeless body out of the house to a safe place to bury her secretly. Luck ran out of him when he was caught by some youths in the community who intercepted him only to find the lifeless body of his mother in the wheelbarrow. The youths heard the shout of the old woman during the struggle but they thought it was their usual quarreling in the house.
National Daily gathered that trouble started when Segun returned from Aoma Market where he always engaged in some load carrying job and was about having sexual intercourse with his own daughter. Unfortunately, his late mother caught him in the act and started screaming. Segun Odihirias, in other to cover his shame, took a sharp cutlass and cut off his mother’s head while the daughter ran for her safety.
The young man, abandoning the wheelbarrow, was running away after he was, first, confronted by some women, but was apprehended by some youths. Segun Odihirias injured two of the youths who blocked his way to arrest him. He was eventually weighed down by members of the vigilante group in the community who handed him over to the Police immediately to prevent him from being killed by the angry youths.
At the time our Reporter visited the compound in Ivhiokhide Quarters of Uzebba, the lifeless body of the deceased was still in a pool of blood. Residents trooped to the scene to have a glimpse of the corpse.
ALSO SEE: Zone 2 Command to inaugurate ZIS squad to tackle militants, vandals
An eye witness, Ekemeiren Ojekhugbo, narrated that they heard the voice of an old woman crying after few seconds they saw that the last born of woman has cut off her head and started running before they shouted.
Goodluck Odiaua, one of those who captured him when he was trying to escape, said that they heard the voice of the women in the area shouting “catch am” “catch am” and immediately they ran after him and apprehended him, noting that the killer succeeded in injuring two of them with his cutlass.
Some of the residents said the suspect has not been showing signs of sanity, disclosing that having sex with his daughter has always caused trouble between him and his mother.
They added that this act led to the divorce of Segun’s wife who left the marriage few years ago. Others said he has always threatened to kill his mother each time they had misunderstanding and as such are not surprised that he made good his threat.
They wondered what could have come over him, being the last born of the octogenarian.
They said the late Mrs. Maria laboured all through her life frying garri for people in order to get money to take care of the last born, who eventually killed her.
Meanwhile, the suspect is in Police custody at the Divisional Police Station, Sabogidda-Ora, Edo State, while the remains of the mother has been deposited at a mortuary in Uzebba.
Picture of the deceased is very gory and cannot be used on this page.
Share this on WhatsApp