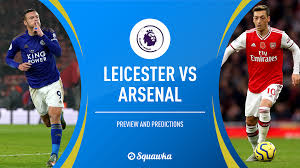 Berbatov, speaking with BetFair, expects Chelsea to see off Crystal Palace at Stamford Bridge, in Saturday’s early kick off.

“It’s five league wins in a row for Chelsea and their stunning comeback against Ajax will have felt like a victory.

“But you have to remember Ajax had two players sent off and ask why Chelsea let themselves go 4-1 down at home in the first place. Against Crystal Palace, the Blues will concede again and it will be close. Dimitar’s prediction: 2-1,” he said.

The Bulgarian also expects Leicester to continue their great form, when they host out-of-sorts Arsenal.

Berbatov said: “What is Brendan Rodgers telling his players in training? What are they eating?

“Whatever it is, the results are there for all to see with Leicester flying in the Premier League this season.

“That man Jamie Vardy scored against last weekend and I can see him getting amongst the goals against a struggling Arsenal team that played in the Europa League in midweek (albeit on Wednesday). Dimitar’s prediction: 2-1.”

On Man Utd v Brighton, Berbatov said: “Brighton sit above United in the table but it’s still difficult for me to contemplate anything other than a home victory when the Reds play at Old Trafford.

“Mason Greenwood, Anthony Martial and Marcus Rashford all scored in midweek which should be good for their confidence. United need to put the fear factor back into their performances, especially at home. Dimitar’s prediction: 2-0.”

Fashola on defensive mode over statement on roads