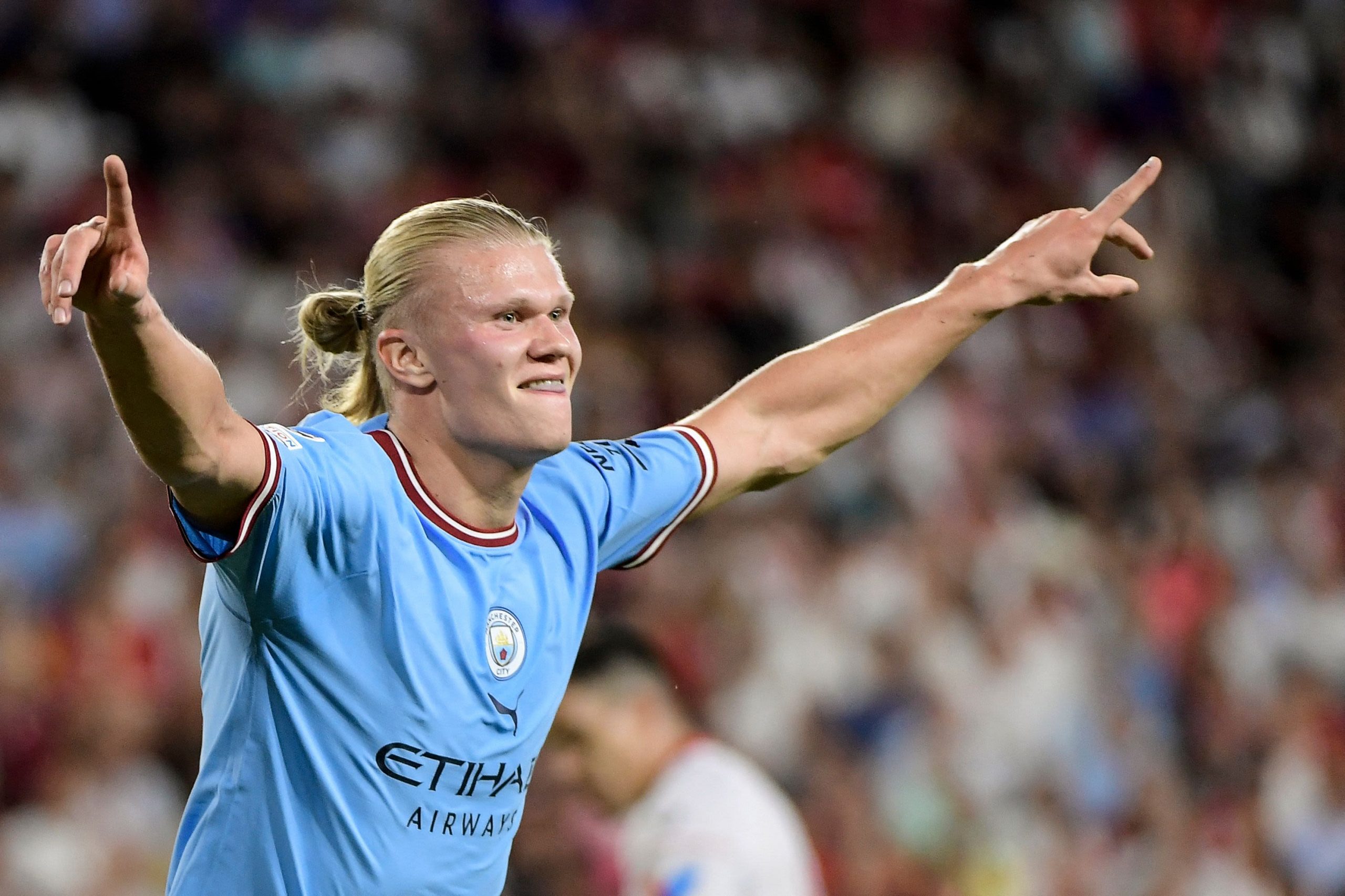 Manchester City hitman Erling Haaland many can easily argue to be the best striker in the world right now especially going by his remarkable feat of 27 goals in 24 games since moving from Dortmund to the Etihad last summer.

And more interestingly is that Haaland is just only 22, as it seems that the sky is only the limit for the striker who has had an incredible rise to the top of the game.

The prolific striker who started out at boyhood club Bryne had gone to move to Molde where he was managed by Norway and Red Devils legend Ole Gunnar Solskjaer, who would later try, but failed to sign him for City’s arch-rivals United during his reign as boss at Old Trafford.

Meanwhile, National Daily understands that Haaland has revealed what Solskjaer told him when they first met and how those words have stuck with him ever since.

‘The first thing I think he said to me was, “You have no idea how to head the ball. We have to work on that”,’ the young star told GQ.

Haaland would go on to say that Solskjaer and his coaching staff would constantly work on his heading ability, repeatedly sending in crosses for him to practise with.

‘This is what we did for two years, the whole period I was in Molde. And it was a good thing because I couldn’t hit the ball, and now I’m scoring goals with my head – thanks to them.’

However, Haaland is enduring somewhat of a dry spell, having failed to score in his last three games including the 2-1 defeat in the Manchester derby and the 2-0 loss to Southampton which shockingly knocked City out of the Carabao Cup, but has his next chance to get back on the scoresheet on Thursday when City play host to Tottenham in their EPL fixture.