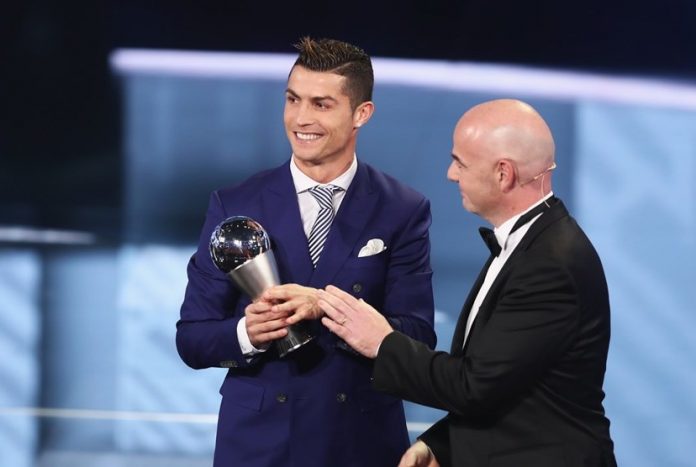 By Boluwatife Ezekiel Olaleye
Cristiano Ronaldo says his rivalry with Lionel Messi is far from over and believes they are still competing.
The Portuguese star pulled level with Messi after he was named the FIFA Best Men’s Player. Before the competition was merged with the Ballon d’Or, and has just been separated.
Ronaldo has won the competition four times in the last five years, with Messi coming second on every occasion.
Over the past ten years, the accolade for the best player has been shared between Messi and Ronaldo, now five a piece. And the debate over who is better is not close to an end.
ALSO SEE: Ronaldinho on his father’s death and more
“I don’t compete with Leo,” he said. “He is a player, who is in the same era. He won five times. I won five times too — individual awards for the best in the world. So things are as they are.
“Obviously, I am happy because, as I said before, I am at the best club in the world. I have had the opportunity to demonstrate that I am at a very high level during the last few years. And I am still [physically] very well.
“So I am very quiet. I will see what’s going to happen tomorrow, but at the moment I have to enjoy this nice moment of my life because you never know what will happen next.”