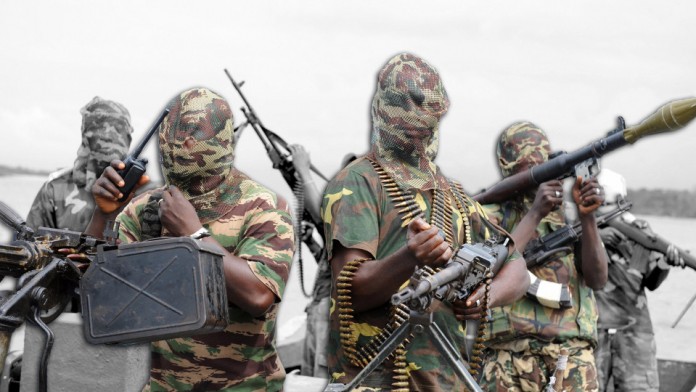 Five foreign nationals held by rebels in the oil-rich Niger Delta region after their ship was hijacked off the Nigerian coast in January have reportedly been released.

The Greek-owned MT Leon Dias was hijacked on January 29 by militants who demanded that Nigerian authorities release pro-Biafran activist Nnamdi Kanu within 31 days or the ship would be destroyed and its crew killed.

Kanu, a UK based-Nigerian with dual citizenship, has been detained by Nigerian security forces since October 2015 and is facing trial for treasonable felony.

He is the director of Radio Biafra, an underground media outlet that demands the independence of Biafra, a region in southeast Nigeria that existed as an independent republic between 1967 and 1970.

Kanu’s organisation, the Indigenous People of Biafra (IPOB), distanced itself from the hijacking, while another pro-Biafran group, the Movement for the Actualization of a Sovereign State of Biafra (MASSOB), also denied any links to the militants.

Maritime security expert Dirk Steffen of Risk Intelligence told Newsweek that the hijackers were unaffiliated to the Biafran cause.

The hostages – two Filipinos, two Russians and one Georgian – were released on Saturday, Steffen told AFP on Thursday.

The Russian foreign ministry confirmed the release of their nationals and said they were safely returning home, according to AFP.

Steffen did not elaborate on whether ransom money was paid but said the hijackers were angling for a fairer distribution of wealth in the Niger Delta region.

Armed militants under the coalition of the Movement for the Emancipation of the Niger Delta (MEND) besieged oil facilities and kidnapped workers in the region during the mid-2000s in protest at the lack of benefits gained by the region, despite its oil resources.

Attacks on oil and gas pipelines have stepped up in recent months. Nigeria’s state oil company temporarily closed two of its four refineries in January due to a lack of supply after several pipelines were severed and the Nigerian power minister Babatunde Fashola said the attacks were costing the West African country $2.4 million per day.

The increase in activity has come after Nigerian authorities issued an arrest warrant in January for Government Ekpemupolo – also known as Tompolo – on charges of theft and money laundering totaling more than 34 billion naira ($171 million).

Tompolo has so far failed to present himself to the Federal High Court in Lagos, despite his arrest warrant being renewed.

Nigeria has also seen an uptick in ship hijackings since Nigerian President Muhammadu Buhari took office in May 2015. There have been 24 cases of “piracy and armed robbery at sea” since the start of 2016, global consultancy Control Risks told reporters in Lagos on Thursday, according to AFP.
‎