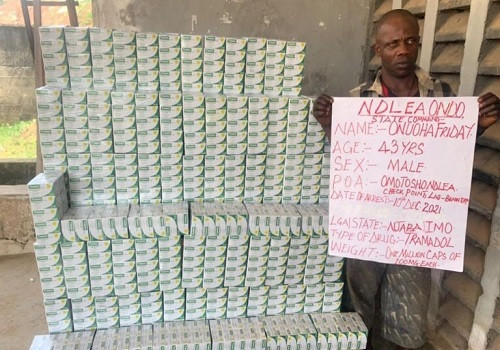 Onuoha Friday was ferrying a consignment between Lagos and Benin when officers of the NDLEA stopped and searched his vehicle December 10.

The officers later discovered no fewer than one million capsules of Tramadol I the vehicle.

The 43-year-ol has since been arrested and detained, according to the spokesman of the NDLEA, Femi Babafemi.