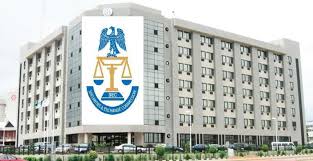 Share this on WhatsApp
Spread the love
By Chioma Obinagwam
Nigeria’s Securities and Exchange Commission (SEC) has announced that considerable progress has been made in the implementation of its consolidation of multiple shareholder accounts and electronic Dividend Mandate Management System (e-DMMS) as so far, about 3.4 billion shares have been consolidated.
Both measures were introduced as part of checking the growth and possibly eliminating the unclaimed dividend menace in the nation’s capital market.
The announcement was made by Acting Director General of the SEC, Ms. Mary Uduk while addressing the press at the end of the Second Quarter (Q2) Capital Market Committee Meeting, CMC in Lagos at the weekend.
Uduk, told reporters that a total of 2.7 million share accounts have so far been captured under the e-DMMS.
She expressed satisfaction with the regularization of multiple shareholders accounts since it was launched last year, describing investor response as very impressive.
According to her, with the help of the Multiple Subscription Committee, 3.4 billion shares have so far been effectively consolidated.
The Multiple  Subscription Committee informed the meeting that the Committee of Heads of Banking Operations had agreed to collaborate with the commission to display banners in (their) banking halls all over the country, sensitizing the public on the regularization of multiple subscriptions of shares.
Similarly, stockbrokers and registrars are requested “to make available to the Committee on Multiple Subscription Account, on a periodic basis, the number of regularized accounts.”
Company Secretaries of listed companies, she continued, “have also agreed to display similar information on their website and offices.”
The meeting rose with a resolve that the SEC should engage relevant stakeholders on the e-Dividend and Multiple Subscription Accounts so as to ensure that complete investor data are transferred among operators such as Brokers, registrars and the Central Securities Clearing System (CSCS).
SEC is also to help discourage unclaimed dividends from building up from securities of newly-listed companies, just as modalities should be developed for validating shareholders’ registers, such that “registrars are furnished with incomplete information such as missing account numbers.”
Speaking further, the Acting DG noted that the issue of unclaimed dividend is dynamic, given that as the old heap is being cleared by the registrars, new ones are mounting by the day.
Furthermore, Uduk said the CMC’s Identity Management Committee gave updates of its meeting with National Information Technology Development Agency (NITDA) on the implications of the Nigerian Data Protection Regulation on capital market operations.
There are plans, the committee announced, “to develop a standardized data form, which seeks to consolidate registration and access to processes in the capital market by investors.”
After discussions on the issue, the CMC resolved that the SEC invites NITDA to make a presentation on the impact of the Nigerian Data Protection Regulation on the capital market at the 2019 Q3 CMC meeting.
The commission was also mandated to urge the Central Bank of Nigeria (CBN) to include e-DMMS charges in its Guideline for Bank Charges.
This, she explained, is because “the CBN has published charges for the banks, this means that any transactions carried out by any bank, there is an established charge.
“The e-dividend charge is not part of the charges from the CBN and so because of that investors are having issues with banks where for instance, they are charged for some transactions that are not listed as bank charges which they do not know.
“They complained to us and so we decided that we will engage CBN to actually make this part of their charges and so any e-dividend carried out will be charged by the CBN.
“This came up as a result of us stopping the payment of the e-dividend mandate as we were underwriting the cost for the initiative before we mandated investors to pay a token of N150 per mandate.
“We believe the capital market of our dreams can only be achieved through the collaboration of all stakeholders,” Uduk said.
Share this on WhatsApp
Related Topics:Securities and Exchange Commission (SEC)
Up Next