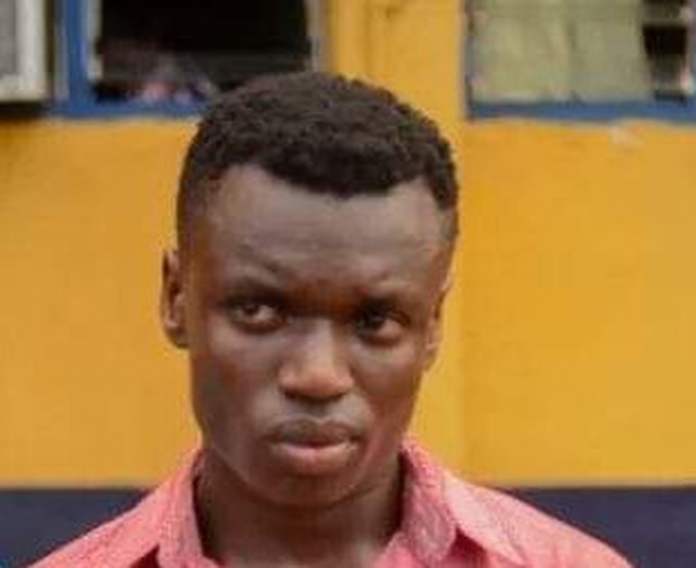 Madam Rose Nwatu would never have suspected her 17-year-old son thought her a mean old woman that must be arm-twisted to wring some money out of her.

So she would not believe he ears when Obinna, a boarder in SSS 3, masterminded his own kidnap for ransom, and got hundreds of thousands of naira with the help of his young criminal mates.

Commissioner of Police in the State, CP Janet Agbede briefing newsmen on Friday at the command headquarters in Umuahia said the case was reported by  Wisdom Nwatu, and the put-up job took place along Stadium road, Okpuala Ngwa by unknown hoodlums operating with ash colour Sienna, with registration number unknown, when the victim went to buy recharge card.

However, after investigation, the Anti-kidnapping unit of the Command arrested one Chinaza Favour Ukaigwe whose bank account was used to receive a ransom N200,000 only.

“He stated that Obinna and one Favour Ugorji a.k.a. “Wizzy” approached him at his shop at Aba Road Abia State and requested that he should give his bank account to enable them use and receive the school fees of their young sister. The investigation further revealed that Obinna Nwatu and Ugorji received through the account the sum of two hundred thousand naira (N200,000) paid in as a ransom by Mrs. Rose Nwatu (mother of Obinna Nwatu).

“Obinna Nwatu confessed he was not actually kidnapped. He conspired with Favour Ugorji known as “Wizzy (now at large) to intentionally go into hiding at a hotel along with Rhema University Road Aba.

“Obinna who is a Senior Secondary School 3 (SS3) student and lives in a boarding school decided to fake his own kidnap claiming that his mother Mrs. Rose Nwatu is stingy.”