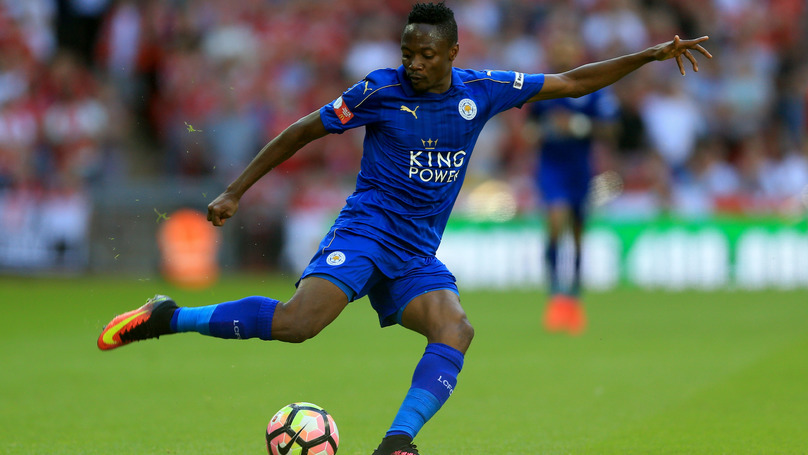 ahmed musaAhmed Musa would “love” a permanent return to CSKA Moscow, but will put off a decision on his Leicester City future until after the World Cup,National Daily learnt.

Musa stole the show in Volgograd on Friday, netting two stunning goals as Nigeria overcame Iceland 2-0 in Group D to set up a all-or-nothing clash with Argentina.

The 25-year-old joined Leicester from CSKA in 2016 but failed to settle in the Premier League and returned to the Moscow club on loan in January, scoring seven goals in all competitions.

Although he revealed a return to CSKA would be ideal, Musa has not ruled out staying at Leicester for the 2018-19 season.

“I have go back to Leicester, but the decision to stay – I can’t decide for now,” Musa told a news conference after taking his tally to four World Cup goals.

“In the next two weeks, I can decide if I’m going to stay or leave.

“Coming back to CSKA, yeah, if it’s possible I would love to, it’s my die-hard club.

“There is nothing I can pay them for the past seasons I’ve been with them other than to say ‘thank you very much’.

“They helped me get back to the style of play I had today. Were it not for CSKA, I would not have been in the World Cup.”

Share this on WhatsApp
Related Topics:LeicestermusaWorld Cup
Up Next

Nigeria will remain humble ahead to crunch Argentina –  Coach Rohr