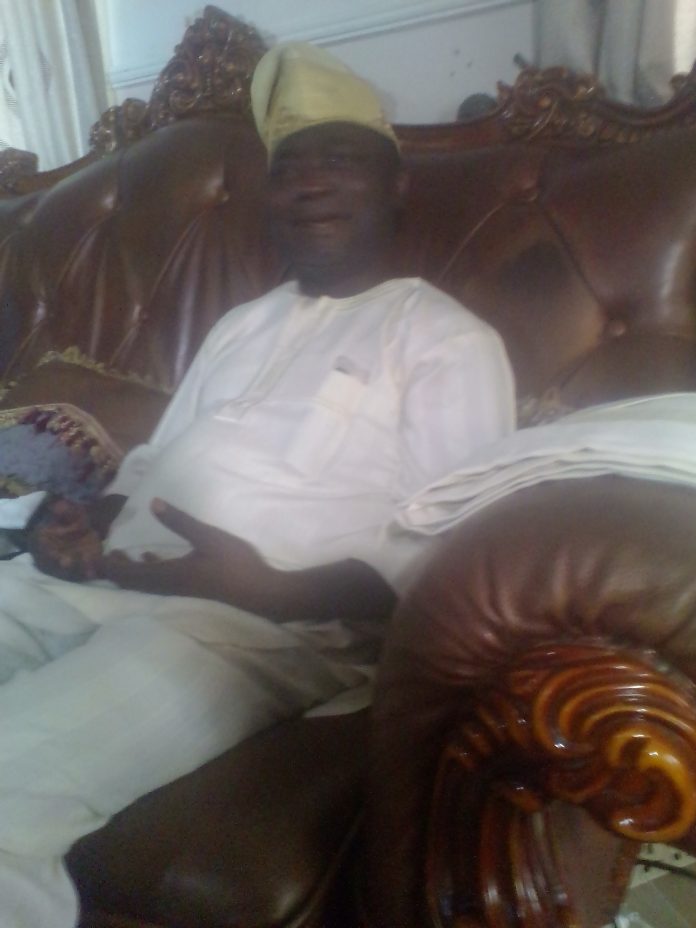 The elected representative of Ajeromi Federal House of representatives Hon. Kolawole Taiwo has affirmed his resolve to transform his constituency and constituents, through quality representation immediately after his inauguration.

The astute lawmaker who was the former Deputy Speaker of the Lagos State House of Assembly made a clear sketch of the structural needs of Ajeromi to include;prompt tackling of the drainage problems in the three divisions of the constituency,rehabilitation of the mindsets of the youth in the area of model selection shift through purposeful engagement and direct emancipation of the constituents through empowerment programmes that have thorough impact on the lives of his constituents.

“Ajegunle is divided into three parts,the Olodi/Wilmer side is the outlet, I inspected all these areas during my campaign, they took me round and I have a first hand view of the problem, especially the customs yard which I am going to take up once I am inaugurated.
“They have the culvert blocking the major outlet of water into the street and instead of them to do a box culvert,they did a ring culvert,it is not good for us.

“I spoke with them and told them I am going to remove this if I won and I have won,we are going to remove it,because in the process of trying to safe the flow they now block a section of it again with some iron blockage and that one gather dirts and prevent flow of water which directly affects our roads.

” One of the best layout we have in Ajegunle is that of the Olodi and Wilmer.

” Imagine the drainage is good and you are on that road you see the road very straight and so beautiful but most of the roads are bad and I know we are going to attract a quick fix for that.

“I am going to meet the woman immediately we resume, I am going to do a lot of visitations, I am a trained legislator we do a lot of work in the house and I know the national assembly is different  from the state assemblies, we still need to learn some of their moves but the outside contact is the same.

“In Apapa we allowed heavy trucks to ply our roads they have damaged most of our roads, many of which are made for small vehicles not big trucks but because of what we permitted in Apapa by allowing them on our roads they are in deplorable shape.

“We will use that to solve those problems,because I am aware we need to put in so much for the people to know the different between our government and the previous government”.

According to Hon. Taiwo (HKT) in an interview session with selected mediums, the youths in Ajeromi had been exposed to all forms of misnomers taken from the street,so decisive action need be taken to safe them from cultism and all other social vices.

“I also raised these issues during my campaign about our children picking wrong models, if there is one area that anything from the street would affect,that area is Ajegunle because we are always on the streets,our own life is on the streets.
“I was discussing with one of our council chairman and said why can’t you build a mall like Ikeja mall, where our children will now be,they will not be living on the street again but in the mall,we will take them out of the streets to the malls because now the street is dangerous.
“The bricklayers,carpenters, mechanics are now cultist and our youths pick this wrong modelling from there.
“They pick wrong models and it is given us problems,that is why I talked about building a youth centre,we want to have a platform where we can bring people that have passed through Ajeromi  who are good to be row models to come and sensitize our youths.
“I insist we must truncate that flow by force. This implies that if you cannot talk to those who are already bad,you can even go the youngsters in the secondary schools the SSS 3 students and more to come and listen to achievers who would redirect their attention towards good models.
“Imagine people refused to pick me as a row model but decided to go and pick one ‘agbero’ as their row model is it not dangerous for us?

” It is dangerous, my story is a beautiful one and it is a story that is supposed to gear people along being politicians and along being great in the service to our people, along being a gentle person because when you want to win election you must be extremely careful,not to step on peoples toes, because they would remind you of it when you want to contest.

“So you must be a careful person. That is one thing that made me to say we are going to build a youth centre which every youth would see as their own,where they can enter and do all sorts of things that are positive,we are thinking in that direction too.

“I want to thank all my constituents for voting and electing me,it is a duty they have done to rewrite history and I am most grateful,I also wish all Muslims Ramadan Kareem,I want to assure you that you will enjoy this dispensation more than ever before.
” May God make your children attain greater heights too,we have lots of lined programs for all cadres. My customized Food stamps will be made available to indigent constituents giving them unfettered access to food,it is my attempt towards tackling hunger in my constituency.
” I will make them see reasons to come and assist us. We are poor and downtrodden therefore people should look in our direction and do everything possible to assist us and I am also going to speak with the governor-elect ,I am going to beg that he should look in our direction.
” I have talked about our stadium, if there is a place in dire need of a mini stadium,it is Ajegunle because we have quality talented football kids that are ready to make our state and nation proud.
“Ready to go overseas and bring home all those foreign currencies to enhance the development of our nation and enhance the quality of our naira and would reduce the stress we are putting on our naira but if they are not exposed to those things then we may not be able to achieve those aspects of  training them.

The thorough bred  legislator also harped on the importance of having a functional stadium in Ajeromi.

“The two previous government have tried they were unable to deliver,I know I am going to the persuade the governor- elect about the Maracana stadium we have the site, we are ready to go,let them give us and we going to return it positively,we are going to use it to remove most of our youths from the street.

“I am the pillar of sport in Ajeromi,I am always proud to say it,I told my people, boxing is back. Our boxing competition would be revived and we would make it to be under HKT foundation now,therefore it is not going to sink with politics because we must do everything to remove the youths from the street.
“Overseas they use sport,most of their sport women and men over there made their millions when they are young,therefore they had no reasons to be wayward rather they focus on improving themselves. We are going to use sport because we are gifted.

Commenting on the spurious claims awash the social media about his alleged whittling political influence,HKT refuted all declaring he is intact politically in Ajeromi.

“I don’t really have problem with my electoral value in Ajeromi,the social media is a free world one person can come up with so many names and insult me I don’t care about what they say but I am certain that it is not the calibre of Rita that will win me in an election if free and fair,it is not her.
“I have won several elections in Ajeromi and have put in so many things and now that I won,people have started commenting again on those things I have done in time past that they are missing they want me to start again but politics is a very funny game,because we don’t have permanent friend or enemy and politics is a free world where you can say any nonsense even when you are not correct you would still say it and innocent person who had no inkling of your ill intent,  will still take it hook, line and sinker.
“People have sent comments that I should do it right this time around that the way they talk about me, I would call them and try to enlighten them that come I have not done anything bad ooo, I am not God  and I don’t claim to be perfect as no human being can claim being perfect but you can even see it from the kind of visitors I receive back then at the Lagos State House of Assembly, nobody receives visitors like me.

”If they are not getting anything from my office they would not come and while I was chairman education committee of the house, I was able to help some of our people to attain the position of principalship, vice principalship so those one won’t go on social media,I gave many people  employment and they would just be looking at them that say anything you want when the time comes to vote I will vote HKT. 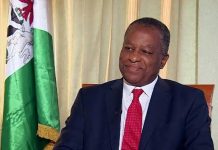