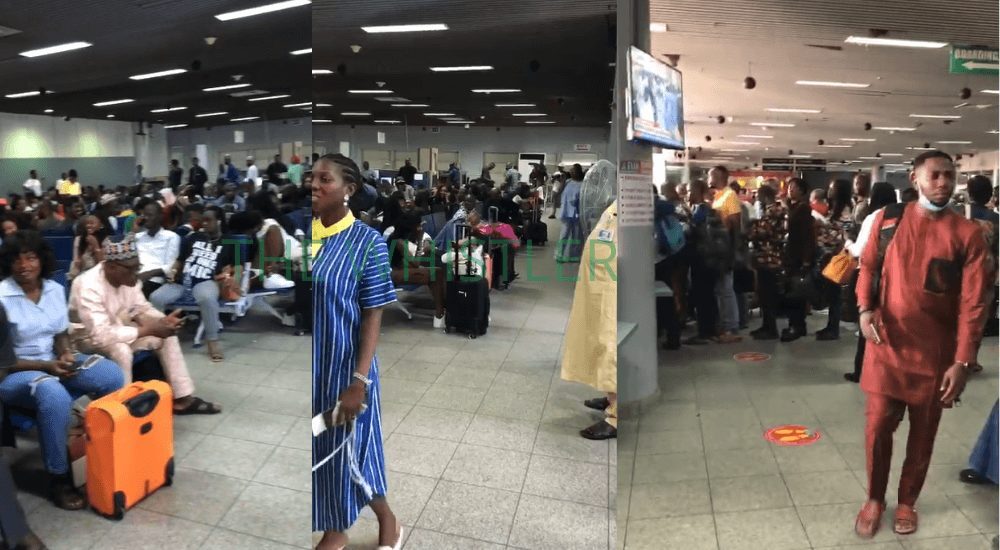 Passengers, domestic and foreign carriers were the worst hit on Monday as a section of the umbrella bodies of workers in the employ of West Africa foremost ground handler, NAHCO aviance, embarked on industrial action to press home for better pay leading to chaos, cancellations and diversion of flights by airlines within and outside the country.

As early as 12.am on Monday, the unions, the National Union of Air Transport Employees (NUATE) and the Air Transport Senior Staff Service Association of Nigeria (ATSSSAN) had down tooled across the airports where the ground handling firm offers services to clients, a situation that resulted in untold hardship to passengers who had arrived the airports to catch the early morning flights to their destinations across Nigeria.

However, the parties late Monday afternoon agreed to shelve their difference and allow negotiations to continue in order to resolve the impasses after having seen billions of naira lost in revenues to airlines, the company and associated businesses across airports just as passengers lamented the inconveniences and humongous losses.

In a statement, NAHCO acknowledged that some of its clients were being put through a difficult situation by the insistence of some staff to embark on the strike action despite a subsisting order of court which restrained them from doing so.

“We regret all the inconveniences,” the Group Executive Director, Dr. Olusola Obabori said, adding that the company is already engaging the Unions and other stakeholders and are positive the situation would be resolved within hours.

He said, “We understand the power of negotiation. The Company which has arguably the best welfare package among the local players in the aviation industry will do all that is absolutely necessary to make its workforce happy even as it delights its customers.”

“This situation would be resolved speedily as it is detrimental to the staff, the Company and its esteemed clients.”

The GED said “The Company which just promoted about 2,000 members of its workforce asked that accelerated negotiation be continued in February to enable the Company to stabilize from the financial effect of the recent promotions. Undaunted, the unions gave the notice of strike prompting the Management of the Company to seek for court intervention to prevent the industrial action while negotiation proceeds in a serene and conducive atmosphere.”

Arising from the meeting with leaders of the two unions late Monday afternoon, the parties agreed that the management of the ground handling firm agreed to withdraw the suit before the law court and also vacate the earlier court order restraining the workers from embarking on strike.

A resolution paper obtained by National Daily, showed that the NAHCO also agreed to issue a counter offer to the union’s demand before close of business on Monday while negotiations of staff welfare would commence on Wednesday, 25th January.

The agreements also stipulated that all negotiations would be concluded this week with all staff resuming work immediately while none of the staff who had embarked on strike should be victimized.