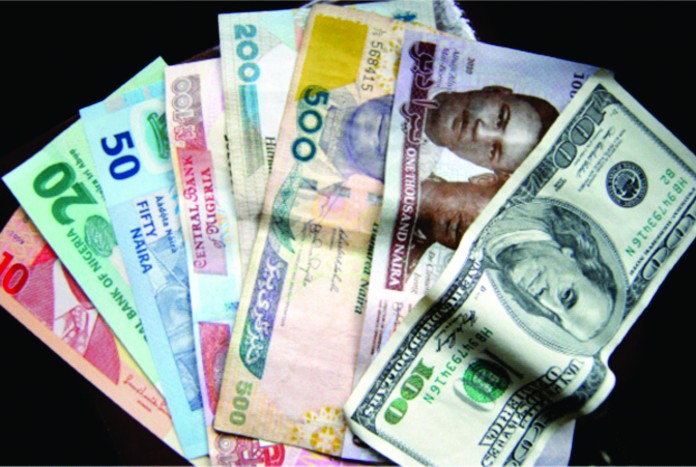 The Nigerian Naira on Tuesday, March 21, continued to recoup gain against the American Dollar at the parallel or black segment of the Nigerian foreign exchange market.

The local currency appreciated by 5.81 per cent to 430 against the United States Dollar at the black market from the N435 it exchanged for on Monday.

The Naira, on Monday, March 20 leaped greatly to N435 per dollar due to declining demand for dollars.

The currency, which had climbed to N445 per dollar last week, further soared to N435 per dollar at the close of business, on Monday, translating to 3.4 per cent appreciation of the naira.

Meanwhile, the local currency maintained gain against the Pound sterling at 530 while it rose by 15 naira to 450 against the European single currency Euro.

At the official interbank or Spot FX market, the naira closed flat exchanging at 307.50 per dollar.

In similar development, the Central Bank of Nigeria had on Monday injected additional 180 million dollars since February when it started its intervention to meet bids for wholesale auction and requests for invisibles such as medicals, school fees and personal travel allowances.

Meanwhile, the dollar on Tuesday, March 21, was on the defensive in Asian trading, after Chicago Federal Reserve President Charles Evans reinforced the perception that the U.S. central bank won’t accelerate the pace of its interest rate hikes.

The dollar index, which tracks the greenback against a basket of six major rivals, edged down 0.1 percent to 100.30 after falling as low as 100.02 overnight, its lowest since Feb. 7.

The dollar added 0.2 percent to 112.79 yen as bargain-hunting emerged after it dipped as low as 112.26 earlier, its deepest trough since Feb. 28, as market participants in Tokyo returned from a public holiday on Monday.