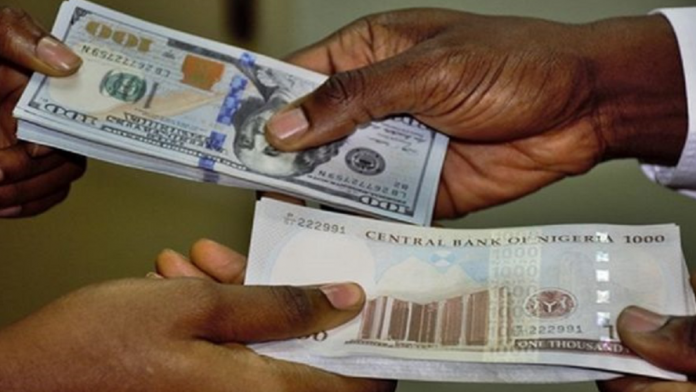 The exchange rate between the naira and the US dollar closed at N419.02/$1 at the official Investors and Exporters (I&E) window.

The volume of FX that was traded at the official market was reduced compared to the previous week. Notably, a total of $452.69 million was traded between Monday and Thursday of the week, as against the $536.47 million traded in the previous week (Monday to Thursday)

Similarly, the exchange rate against the US dollar lost ground during the week, having traded at a minimum of N604/$1 on Friday this week compared to N598.5/$1 recorded as of the previous week.

Also, the exchange rate at the parallel market depreciated significantly during the week, falling by 2.37% to close at N605/$1 compared to N591/$1 recorded in the previous week. This is according to information obtained from BDCs operating in Nigeria.

Nigeria’s external reserve lost $246.25 million during the week, representing a 0.63% decline from $39.04 billion to stand at $38.79 billion as of Thursday, 19th May 2022. Meanwhile, the decline in the external reserve level can be attributed to the continuous intervention by the Central Bank in the FX market in order to ensure the stability of the local currency.