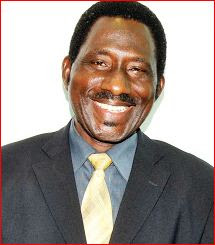 The National Association of Telecommunications Subscribers (NATCOMS) on Wednesday called for an alternative means for telecoms consumers to re-register their Subscribers’ Identification Module (SIM) cards.

The President of NATCOMS, Chief Deolu Ogunbanjo, told reporters in Lagos that operators should provide an easier means for customers affected by the SIM card re-registration to be able to re-register, instead of going to the service providers’ offices.

Ogunbanjo said that a perfect alternative was for the network providers to allow those affected to send the required data through Short Messaging Service (SMS).

He said that such an alternative means would ensure that telecoms subscribers were not subjected to any stress for an exercise they had undertaken previously.

”SIM registration is very good, but there should be some deliberate initiative to ensure that the subscribers are not subjected to any further stress.

”All of us have registered before, but there might be one or two details that the operators need.

”A particular network provider could send SMS to you that it required more details on your data and once you attend to them through an SMS that you send to the network, it should just be okay.

”They should engage other means of capturing subscribers’ additional data,” the NATCOMS President said.

He said that the problem with the SIM card registration procedures should be blamed on the Nigerian Communications Commission (NCC) and the agents it commissioned to carry out the exercise.

Ogunbanjo recalled that the regulatory body licensed seven agents to cover the six geopolitical zones of the country, but that the agents did not carry out the exercise properly.

He said that due to set targets and deadlines given, the registration agents were not asking the complete questions required from SIM card users.

The advocacy group president, therefore, encouraged the operators to continue to compensate subscribers affected by the exercise.

According to him, the airtime compensation given to the consumers should not be with any conditionality in respect of days for usage.

National Daily recalls that in August 2015, MTN, Airtel, Globacom and Etisalat were sanctioned for noncompliance with the directive to deactivate improperly registered SIM cards.

On Oct. 20, 2015, NCC conveyed appropriate sanctions to MTN, in accordance with Regulation 20(1) of the Telephone Subscribers Registration Regulation 2011, to pay the sum of N200, 000 only for each of the 5.2 million improperly registered SIM cards in its network.