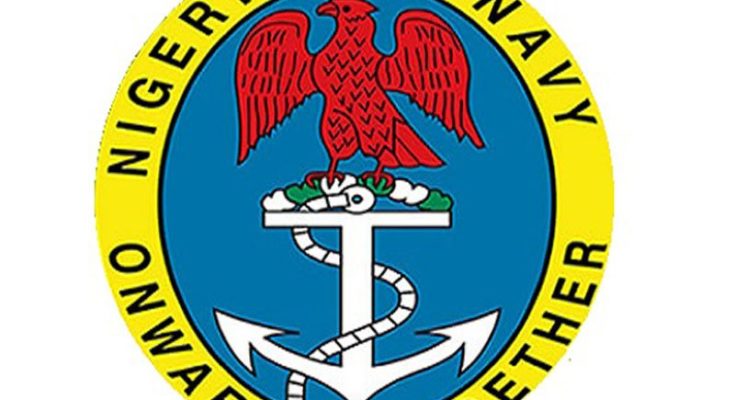 On Thursday, The Nigerian Navy (NN) commenced the manual destruction of 2,829 firearms recovered from Ondo State Amnesty Programme and unserviceable weapons belonging to the service.

The Nation reports that 475 of the firearms were service rifles of the navy which were no longer useable, while 2,281 were recovered from repentant militants in Ondo State last year.

The exercise which was organised by the Naval Ordinance Depot (NOD) Ojo following approval by the Chief of the Naval Staff (CNS) Vice Admiral Ibok-Ete Ibas, was the first since the depot’s establishment in 1966.

“The depot was established in 1966 as a strategic naval establishment primarily responsible for the storage and issuance of arms and ammunition to NN fleet and establishments.

“Its overtime roles expanded to include installation, servicing and on demand, maintenance of arms onboard NN ships. The depot also caters for sister services in storing their ordinances from time to time.

“The naval headquarters recently authorised the depot to destroy the unserviceable weapons which comprised weapons seized from repentant militants by the Ondo State Amnesty Programme and unserviceable NN weapons. These consist of 2,108 single barrel rifles, 57 units of double barrel rifles, 189 short guns, 187 FN rifles, 215 SIG rifles and 73 SMGs which are earmarked for destruction during this exercise.

“It is also significant to state that the exercise will be conducted for two days to ensure that the weapons are rendered unusable. This would involve cutting of the barrels into tiny unusable pieces and finally burying the pieced weapons in a dug hole at the depot.

“It is believed that this approach will permanently deny criminals and miscreants access to the seized weapons which could pose security threats to the society.

“Solving the problem of firearms proliferation is not for security agencies alone. These criminals are subset of the society. Thankfully, the President has signed into law, a bill that prohibits the bearing of arms. The police are doing well on arresting and parading the local manufacturers as we usually see through the media.

“What the Navy has done with this exercise is another great step to stop the weapons from finding their way back into the society. So, I recommend that sister security services with such arms in their armories or inventory should destroy them so that bad eggs within the system do not recycle these firearms back into the society and in the hands of these criminals.

“In the custody of the navy today, this is all we have to destroy. As you know, security is dynamic and these criminals keep evolving. But we are not sleeping also. Definitely, as we arrest them in future, I am sure the navy will also approve their destruction.”

The CNS who was represented by Director of Arms Naval Headquarters, Rear Admiral Danjuma Dongoyaru decried the proliferation of firearms, noting that the destruction was part of measures to curb it.

Acknowledging there were other use the metals could be put to, he said the navy didn’t want to take chances that could make the weapons land in the hands of criminals again.

“There are other uses for the metals but we do not want to take chances. We do not want a situation whereby they will get into wrong hands and are fabricated again.

“Moreover, in the process of disarmament, after you have seized the weapons you must destroy them even if they are brand new.

“We see daily seizures by the security agencies. A lot of weapons are being displayed but I can tell you that is just a tip of the iceberg. Destroying these weapons is a means to curb firearms proliferation.

“Allowing them find their way back into the society will amount to fetching water with a basket. What we expect is for other security services with such arms in their custody to also destroy them,” he said.

Share this on WhatsApp
Related Topics:criminalsNigerian Navy (NN)
Up Next