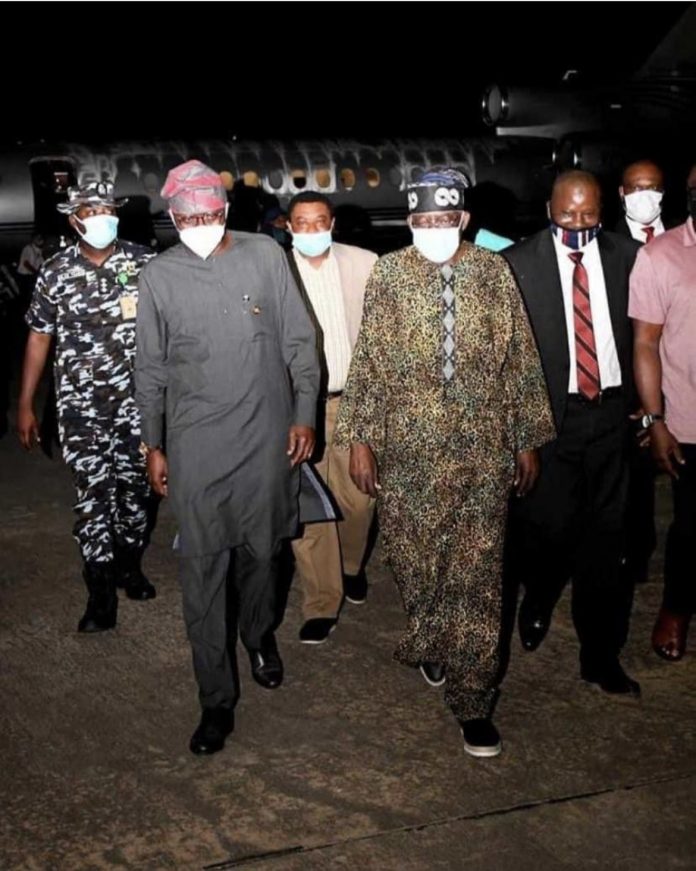 Members of the Nigeria Diaspora for Aṣíwájú (NDA), have rejoiced over Friday’s return of Sen. Bola Tinubu who had been out of the country for more than two months.

Mr Ọmọ́gbọ́láhàn Babawale, Nigeria Coordinator of the NDA made this known in a statement on Saturday.

The NDA, headquartered in London, is a partisan group aimed at garnering support in the Diaspora and across the length and breadth of Nigeria for the actualisation of Tinubu presidency in 2023.

“We will like to welcome back the most talked about, most sought after political juggernaut and national leader of the All Progressives Congress (APC), Aṣíwájú Bọ́lá Ahmed Tinubú into the country,” he said.

He further noted Tinubu’s teeming supporters which spread across the country’s six geo-political zones could not wait to have him declare his intention for the 2023 presidential election.

According to him, the NDA is convinced by Tinubu’s visionary leadership, woven around the tripod of vision, passion and action.

He said this was measurable in terms of deliverables during his sway as the governor of Lagos State.

Babawale said the NDA could not wait to have Tinubu declare his intention to run for the presidency so that his foot soldiers would begin to comb every nook and cranny of the country for his leadership prowess and deliverable.

Tinubu stood out as one politician with the best résumé to consolidate on the next level milestones of the President Muhammadu Buhari-led administration, he added.