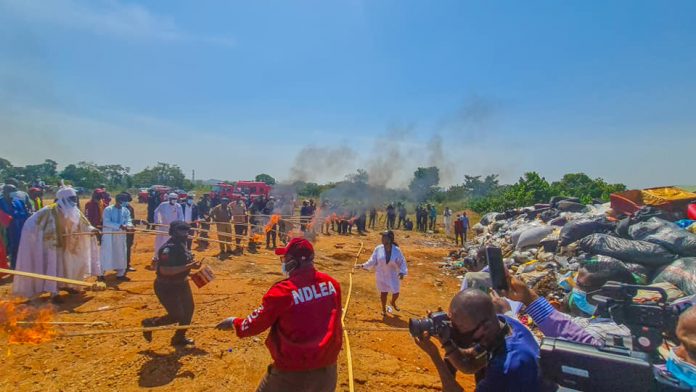 Chairman of NDLEA, Brig. Gen. Mohamed Buba Marwa described the public destruction/burning of the 20 tons of assorted illicit drugs as a further affirmation of the resolve of the anti-narcotic agency to wage a total war against drug abuse and illicit drug trafficking in Nigeria.

Marwa, who was represented by the Secretary of the agency, Bar. Shadrach Haruna, noted that the quantity of the drugs being destroyed is a reminder about the magnitude of the drug problem in the country.

“We may recall that when President Muhammadu Buhari inaugurated the War Against Drug Abuse (WADA) campaign of the NDLEA on June 26, 2021, he declared that WADA should not just be a slogan, but a call to civil action by all Nigerians. Todays public destruction of 20 tons of illicit drugs and substances, further buttresses that call to action,” he stated.

“Just as we witness the public destruction of these 20, 000 kilograms of assorted illicit drugs and substances today, let me bring to your notice that similar exercises have taken place in many states across Nigeria this year. Imagine the potential dangerous situations that could result if a quantum of these drugs found their way into society, the chairman added.

Marwa noted that the illicit drugs and psychoactive substances were seized by the FCT and Nnamdi Azikiwe International Airport Commands of the Agency.

“This is yet another evidence that NDLEA is relentless in its effort to ensure the safety and wellbeing of Nigerians. This exercise is taking place in accordance with the prescription of the National Environmental Standards and Regulations Enforcement Agency (NESREA) concerning the best method of disposing seized drugs without polluting our environmental ecosystem or endangering public health,”

While stating that the quantity of the drugs being destroyed is a reminder about the magnitude of the drug problem in the country, Marwa said the dire implications of the countrys drug prevalence rate is the reason the new NDLEA under his leadership has doubled down on efforts and now aggressively pursuing its mandat

“To this end, NDLEA has been effectively repositioned more than ever before to curtail the production, cultivation, processing, importation, exportation, sales, trafficking and abuse of controlled drugs and illicit substances.

“We have had to transform into an intelligence-driven anti-narcotic organisation. We have reinforced our resolution to mitigate the countrys drug prevalence by non-stop, result-oriented drug supply reduction operations, leveraging an Offensive Action philosophy to carry the fight to those who trade and traffic in banned and controlled substances,” he added.

He said with over 10,000 arrests, more than 1,000 jailed, and 5,579 counselled and rehabilitated in 10 months, we are not resting on our oars. This time around, we are going to clean the Augean Stable.

“We are getting more sophisticated equipment that will enable us to achieve our operational mandates. Our workforce has been motivated to perform with promotions and performance reward schemes, while we have also bolstered our strength with the employment of 5,000 officers and men this year.

“The Agency is experiencing a resurgence and is being retrofitted to operate at full capacity. I can declare to you that the drug-fighting machine that is NDLEA is fully oiled and in optimum condition. You can rest assured that the Agency will not fail in its mandate to keep society safe.” he concluded.

At the event were the FCT Minister, Mallam Mohammad Musa Bello represented by Dr. Abdulateef Bello; Chairman, FCT Council of Chiefs and the Ona of Abaji, Alhaji Baba Adamu Yunusa, heads of security agencies in the FCT as well as Directors and other top officials of the NDLEA. 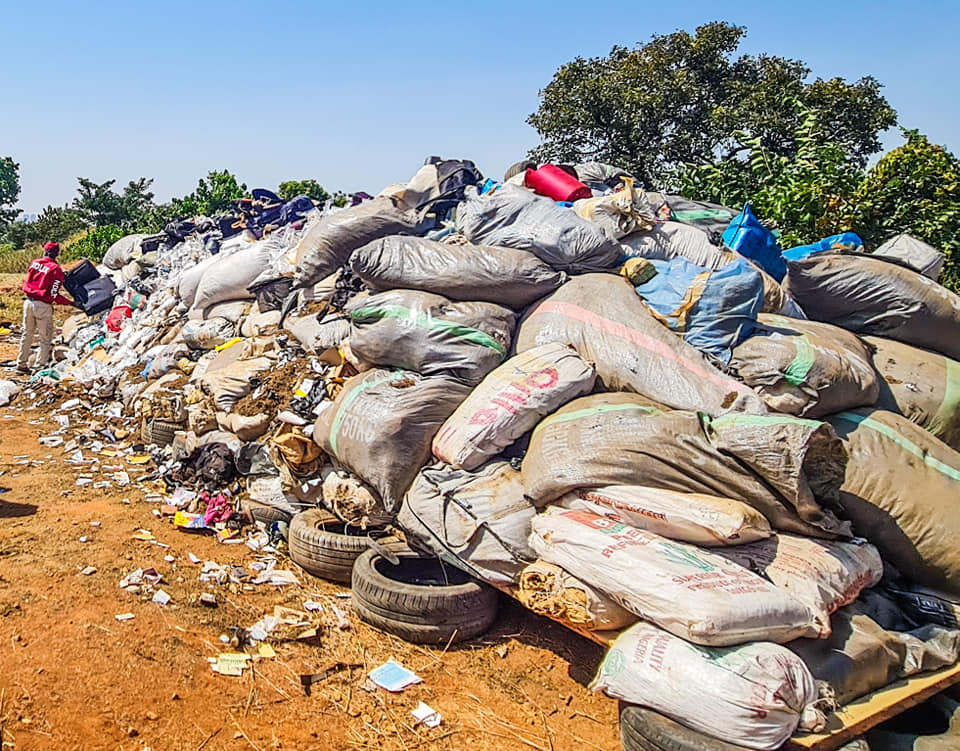 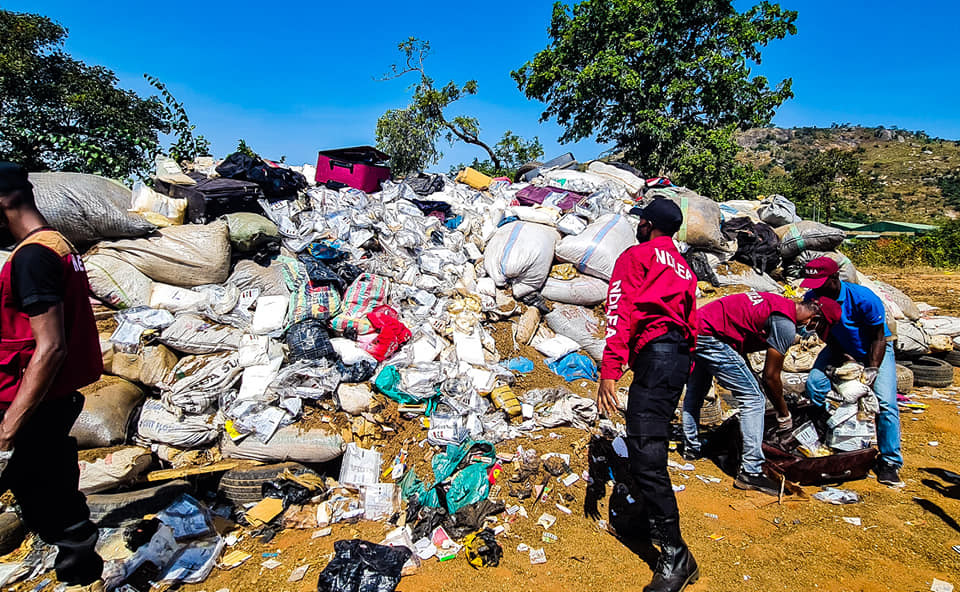 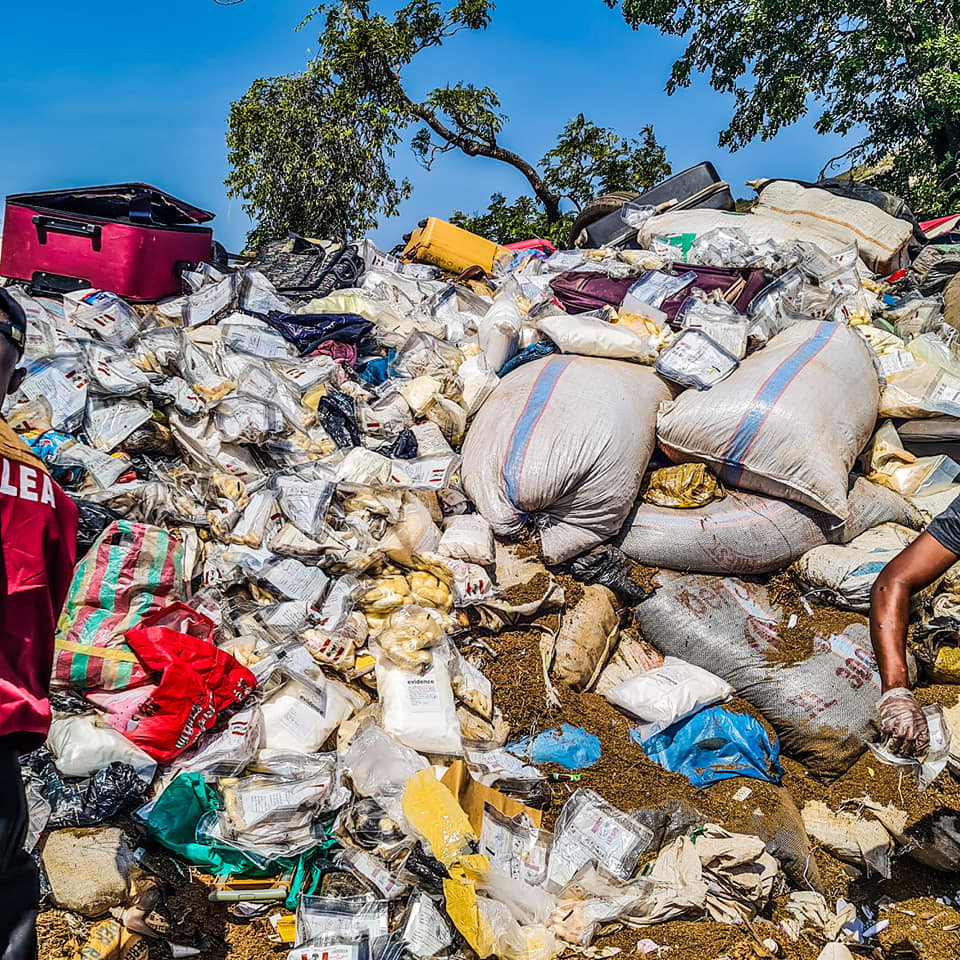 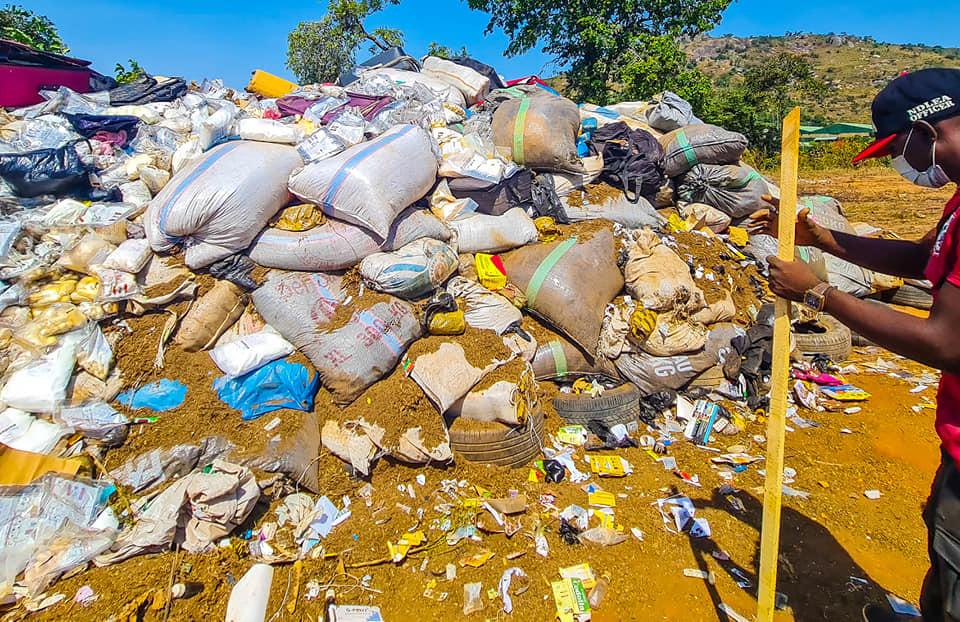 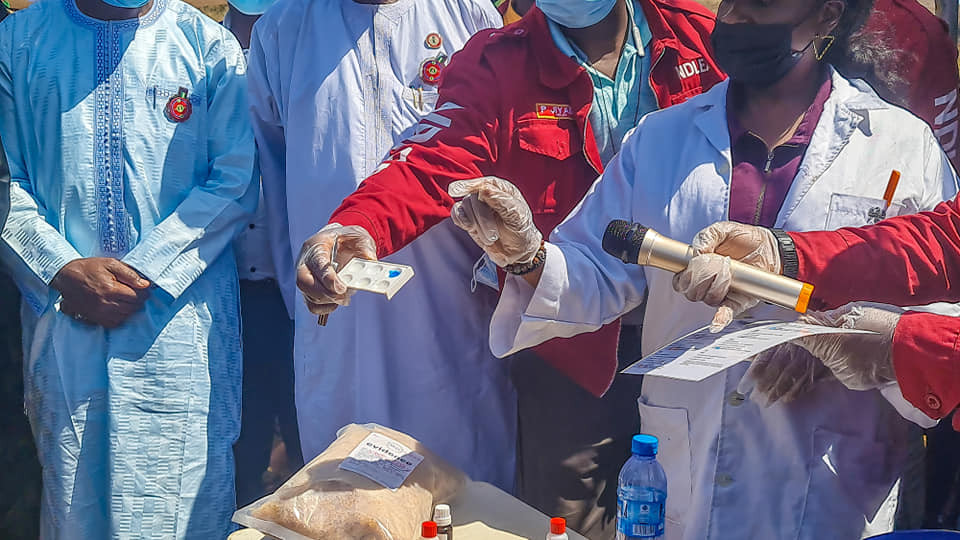 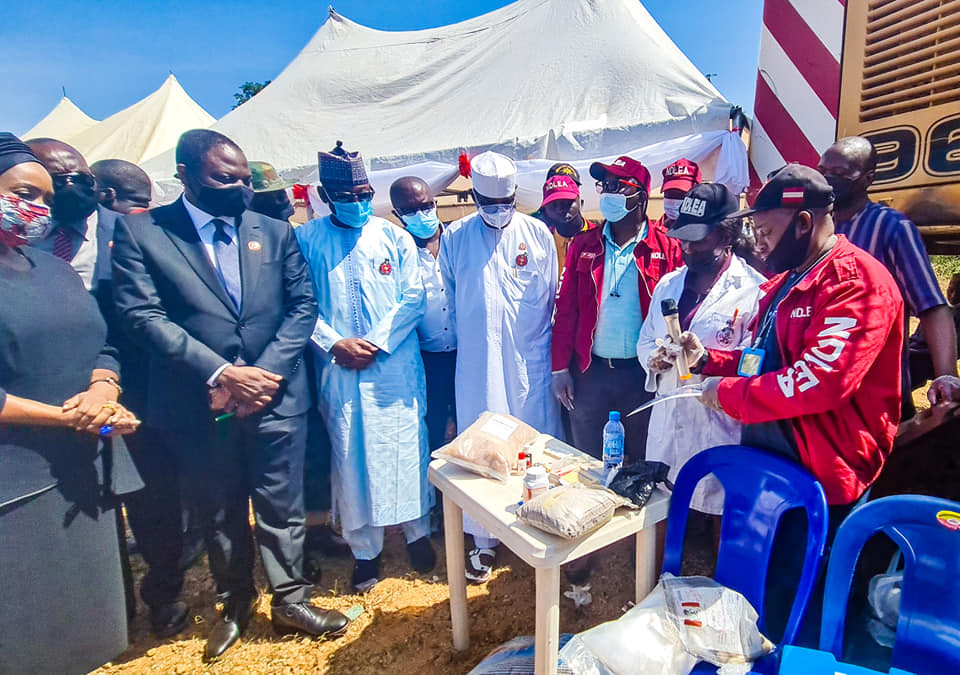 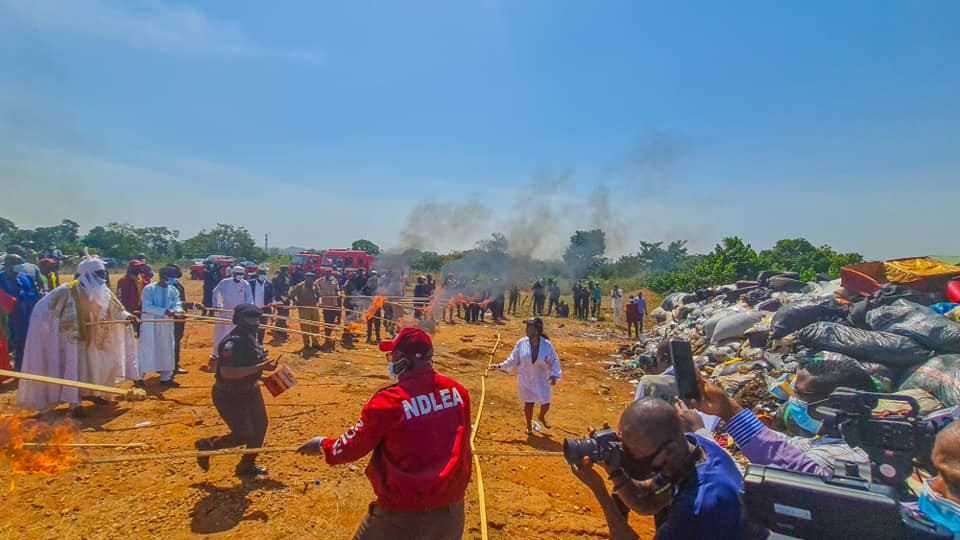 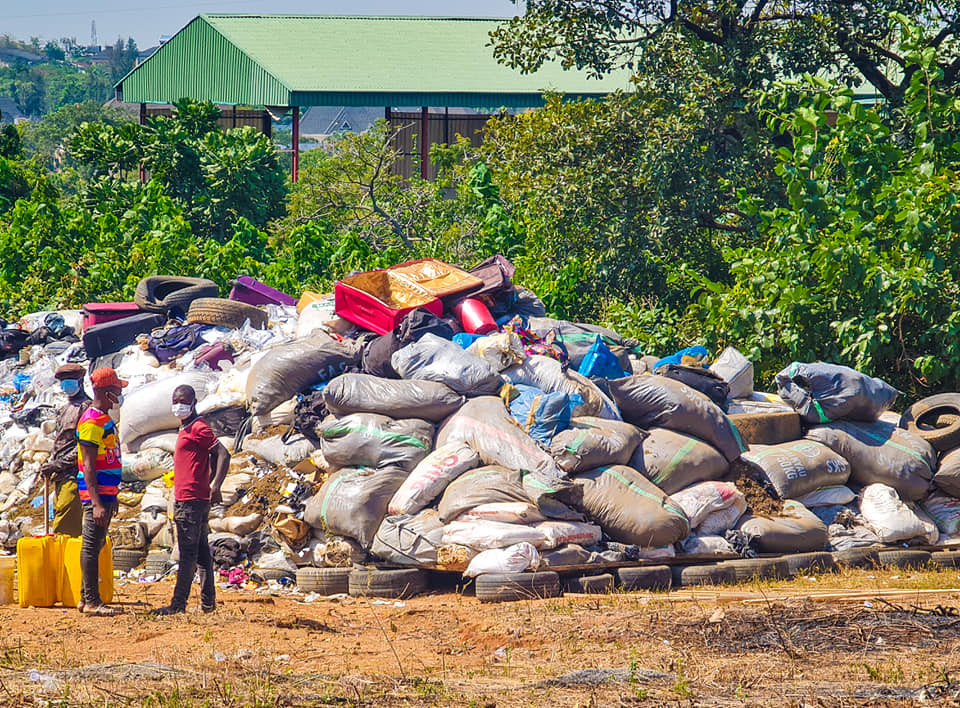