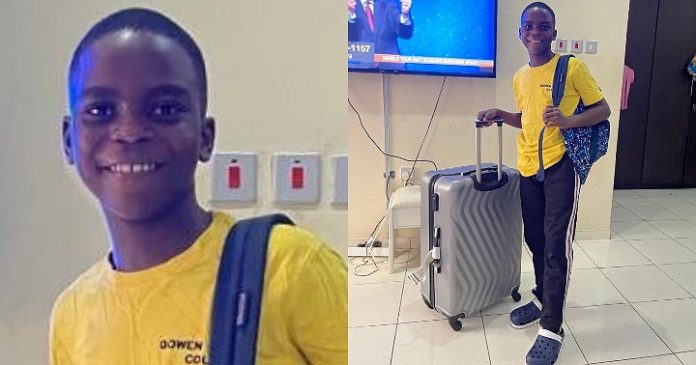 A 12-year-old boy has been reportedly beaten to death in a secondary school for refusing to join cult in school.

According to his cousin, he was killed with physical force for refusing to blend and join a cult. 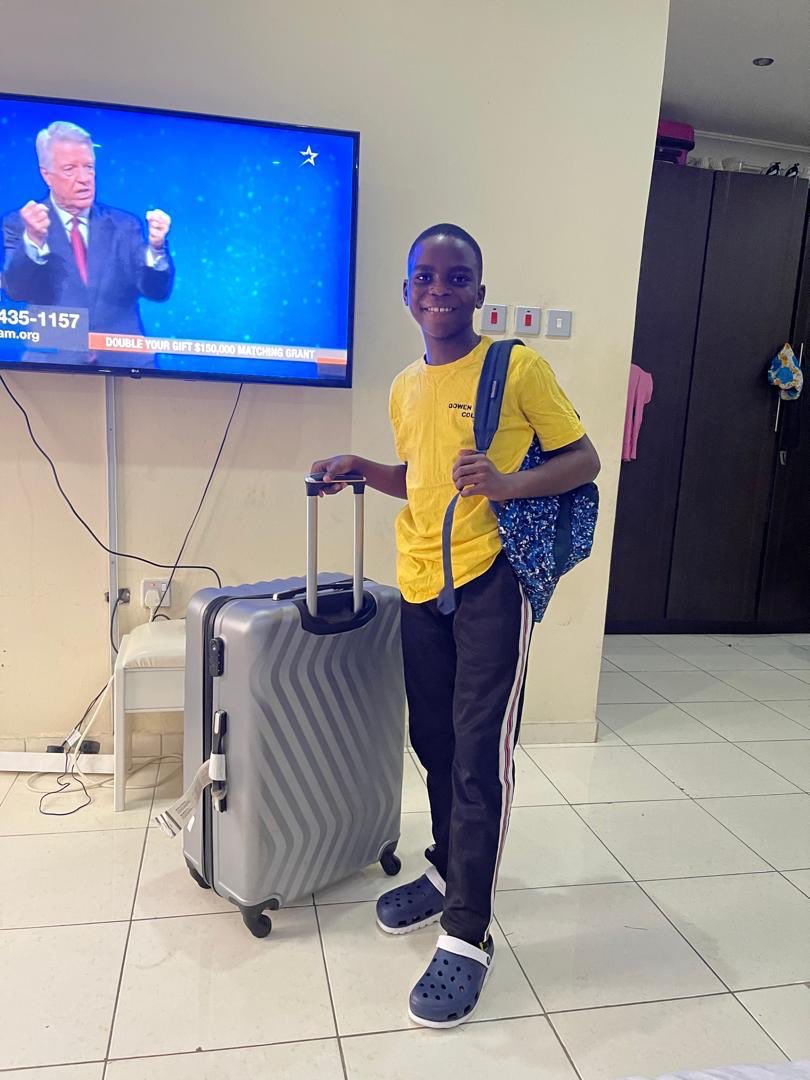 The bereaved cousin, identified as Perrie, called out the school over their method of handling of the issue, and revealed that his late relative mentioned some boys’ names before dying.

“This is my 12 year old cousin that was beaten to death at school that cost over 1 million naira. Yes o. They tried to put him in cult, he refused and they killed him. Secondary school o. He refused to blend and they literally beat him to death.

It’s a boarding school in Lagos. They called my uncle that he wasn’t well so he went there, took him and admitted him to a hospital in Warri. That’s where he passed but confessed that they tried blending him into cult,” he tweeted. 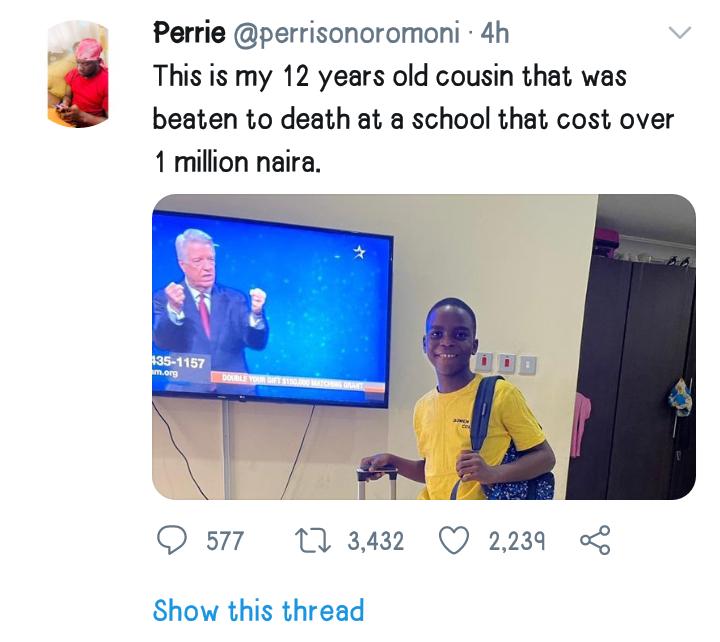