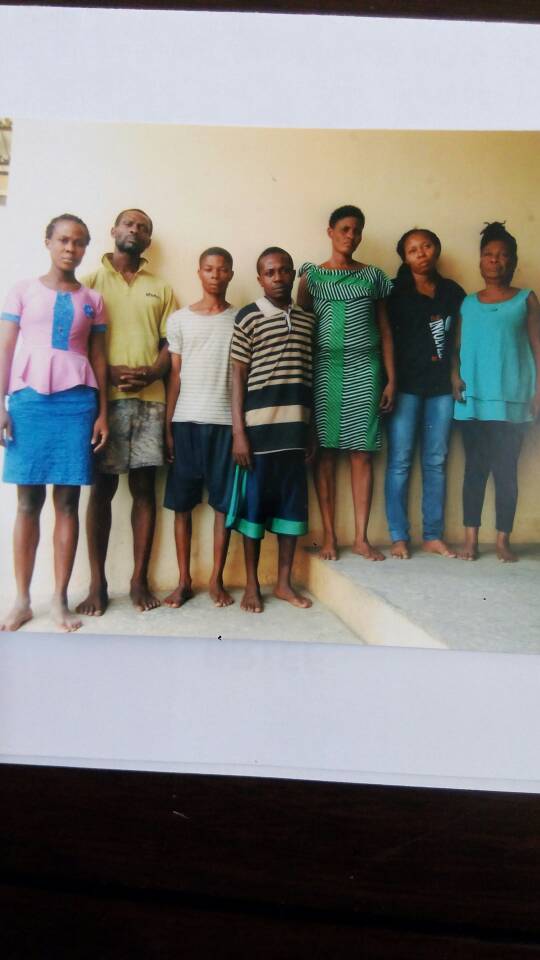 The Akwa Ibom State police Command is living no stone unturned to ensure that criminals
no longer go free with their evil activities in the state. Accordingly, the Police have swung into action to rid the state of various forms of crimes.
The yielded the result of apprehension of seven suspects involved in child trafficking.
DSP Odiko MacDON, Akwa Ibom State Police Public Relations Officer, in a statement, narrated that on 20th January, 2018, through a credible intelligence, one Eno Archibong Emah ‘f’ of Ikot Eman Itam in Itu L. G. Area who gave birth to a baby boy on 12th November, 2017 conspired with one Emmanuel Akpabio Okon ‘m’ and Emem Asuquo Okon ‘f’ and sold the one-month old child to one Kate ‘f’ (surname and address unknown) of Aba, Abia State, at the cost of N 400,000.00.
He stated that Operatives of Akwa Ibom State Command monitored and promptly arrested the mother of the child who later led the Operatives to the arrest of other accomplices in the illicit trade.
The arrested suspects include: Utibe Sunday John ‘m’, Imo Ime Udoetuk ‘m’, Friday John Amiang ‘m’ and Uwana Ime ‘f’ who all confessed to the crime and their individual roles in the offence, including how the proceeds were shared amongst themselves. Culprits were arraigned in court to serve as deterrent to others, MacDON, said.