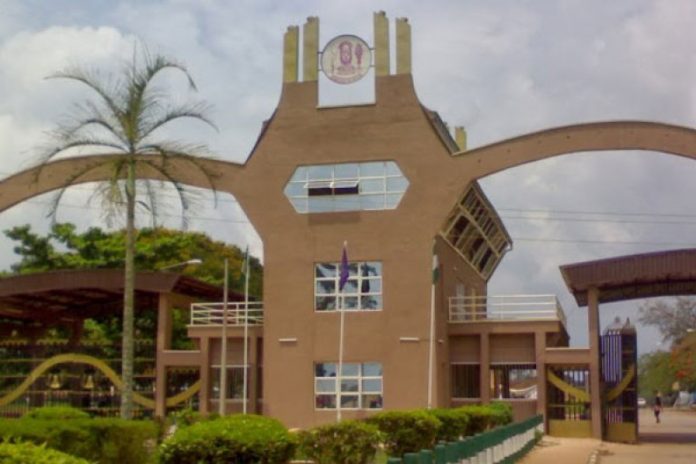 A group, Education Rights Campaign (ERC), has condemned the suspension of five Students Union leaders and activists by the Prof. F.F.O Orunwunse-led management of the University of Benin (UNIBEN). The affected students include: Ogbidi Osemudiamen (Students Union President), Aidenagbon Justus (Secretary General), Ehizuwa Innocent Momodu (Assistant Secretary General), Ehiabhi Goodnews (Public Relations Officer) and Patrick Majekodunmi Benjamin (Sankara).
The five (5) Students union leaders and activists were suspended for their role in a peaceful students’ protest against hike in school fees and hostel charges in November 2017.
“We hereby demand their immediate and unconditional recall.
ALSO SEE: UNIBEN rusticates five students after lifting ban on SUG
“We urge the mass of UNIBEN students not to relent until all the five suspended union leaders are recalled and the demands for reversal of fee hike and accommodation charges met. Students must continue to fight through peaceful lecture boycotts, protests and other activities until the university administration is compelled to do the needful,” the group decaltred.
ERC protested that the suspension of students’ union leaders in UNIBEN brings to the fore the sharp increase in attacks on students and education workers democratic rights by school administrators. It decried that 18 years after the return of democracy, Ivory towers are increasingly sinking back into the despotic practices prevalent during the dark days of military dictatorship in Nigeria rather than rising from it.
It highlighted: From UNILAG, LASU, UI and OAU, students and education workers who dared speak out against the anti-poor policies of school administrators are being victimized in droves. At the Obafemi Awolowo University (OAU), ERC National secretary Omole Ibukun and three others are still serving indefinite suspension clamped on them for allegedly participating in a peaceful students’ protests against poor welfare conditions. The OAU students union is also under proscription.
Also at the Lagos State University (LASU), two leaders of the Academic Staff Union of Universities (ASUU), Dr. Isaac Oyewunmi and Dr. Adeyemi Adebowale-Suenu (both Chairman and vice Chairman respectively) were unlawfully sacked by a University administration hell-bent on destroying independent unionism on the campus so that no one can challenge their anti-poor policies. In the same vein, ASUU is current under ban at Kogi State University (KSU) while similar attacks on workers and students democratic rights are rife in public polytechnics and colleges of education.
The group contested that protest is not a crime, especially, when a recalcitrant school administration makes it the only viable option for students and education workers to press home demands for improvement in their conditions. It stated: “Against this background, we consider the suspension and victimization in UNIBEN as well as on other campuses as assaults on students’ and workers’ fundamental rights to freedom of expression and association.
“We call for a united struggle of students and education workers to begin to campaign for recall of all victimized students and workers activists, restoration of all banned unions, respect of students and workers rights to independent unionism and halt to attacks on democratic rights.”