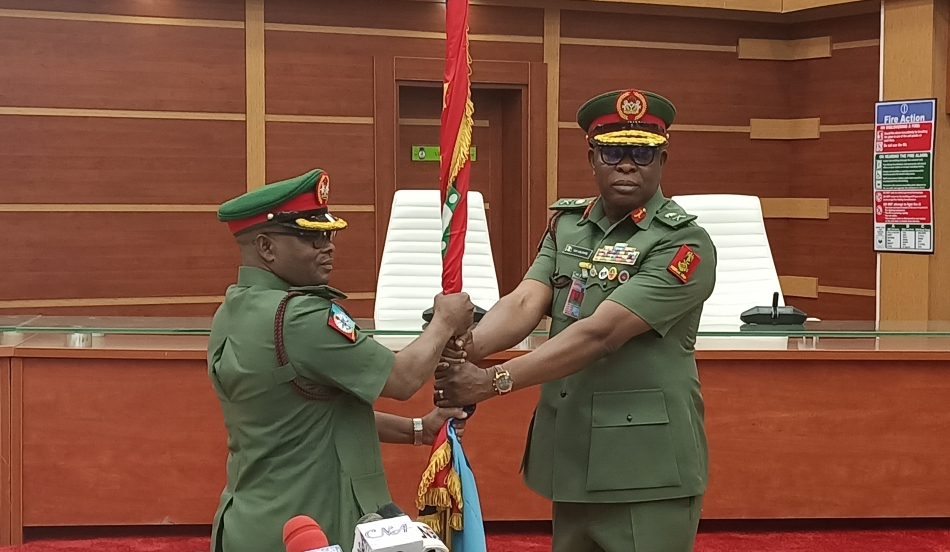 The News Agency of Nigeria reports that Akpor was moved to Army Headquarters as Director Personnel Services.

Gusau commended his predecessor for forging better relationship with the media which helped to positively project the operations of the armed forces.

He also appreciated the media for the continuous support of the armed forces, and called for stronger relationship between the military and the media on matters of national security.

“I urge you to provide the enabling environment for members of the armed forces of Nigeria to perform their constitutional roles without distractions.

“As the nation gradually approach the coming general elections starting from next month, I urge you to avoid reports capable of affecting the morale of our gallant troops and the credibility of our armed forces,” he said.

Gusau assured that the armed forces would assist media practitioners to discharge their duties where necessary.

He added that the military would also support other government agencies to achieve peaceful and credible elections across the country.

The director described the military and the media as partners in progress, saying the two should strive to promote the interest of the country at all times.

“I urge you to offer me the same support, cooperation and understanding which you have rendered to Maj.-Gen. Akpor as Director of Defence Information,” he said.

In his remarks, Akpor said the media and the military now have deep understanding of their responsibilities.

He said the Chief of Defence Staff had done so much in forging enduring relationship with the media.

Akpor said this was necessary because the media, like the military, has crucial role to play in creating peaceful and orderly environment for all citizens.

He commended the CDS for holding two media parleys with editors and media chief executives where fruitful discussions led to better understanding of the responsibilities of each profession in furtherance of national security.

Akpor, who tagged his speech the “Truth About the Armed Forces of Nigeria”, said the Nigerian military has rich history of great exploits.

He cited the North East where life has been returning to normal due to the efforts of the military after over a decade of insurgency.

According to him, there was bumper agricultural harvest in 2022, and for the first time in 13 years, Independence day parade was held in Maiduguri on Oct. 1, 2022.

“Irrespective of the security challenges confronting the nation and the way they mutate, the armed forces will continue to build requisite capabilities through the support of the Federal Government.

“This was not due to wishful thinking, but due to dogged efforts of the Armed Forces of Nigeria and availability of the critical assets provided.

“The truth about the armed forces is therefore a professional one rooted in its desire to meet its constitutional imperatives,” he said.

Akpor, therefore, urged the media to extend the same support given him to his successor, for him to discharge his responsibilities effectively.

NAN reports that the new spokesperson, Brig.-Gen. Gusau, is a thorough bred public relations professional who has served in different units, formations and military operations both at home and abroad.

Share this on WhatsApp
Related Topics:assumesMediaNew defence spokesmanofficeSupport
Up Next