Glaringly, the arbitrariness and public contempt in the operations of the Petroleum Products Pricing and Regulation Agency (PPPRA) under this government is fast becoming at best callous and at worst criminal.

Severally, it has been said that The PPPRA has become a reproach to this country as it has no business still existing particularly under the present administration that came under the cloak of integrity, transparency, and accountability.

Just last week, the agency which solely exist to increase fuel price whenever the rulers want it, announced an upward review of the prevailing pump price of petrol from N145 to N148.7 per litre citing cost of crude oil at the spot markets which improved slightly as most nations and major economies are beginning to lift the total lockdown orchestrated by the Covid-19 pandemic.

How do you rationalise that this new price was announced even without the approval of the board of the PPPRA and the oversight Ministry of Petroleum Resources and worse still at this hard time when Nigerians are still struggling with the impact of the Covid-19 pandemic and the associated lockdown of businesses and means of livelihood? 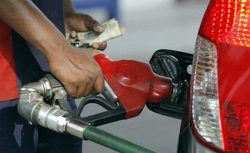 If the only excuse from the government for the incessant increase in the retail prices of petrol and other products is hinged on the vagaries of the international oil markets, Nigerians should brace up to pay as much as N200 per litre of petrol because crude oil prices would definitely appreciate from the current lockdown rates. You see where we are heading to as a major oil producing country?

Let’s even look at it: the government citing the crash in the price of crude oil at the international market announced a downward review of petrol price from N145 to N125 in March 2020.

And in August, Petroleum Products Marketing Company, PPMC, a subsidiary of the NNPC announced retail pump price regime of between N138.62 –N148.50 for August.

In a memo to oil marketers, PPMC said that effective Wednesday, August 5, the landing cost at ex-coastal transfer point for petrol is N113.70 per litre, while ex-depot price will be N138.62 per litre. Ex-depot price is the amount depot owners and marketers are allowed to pay to lift products from NNPC depots for distribution to retail outlets across the country.

To determine the retail pump price the consumers would buy petrol, marketers are allowed additional margins and incidental costs for handling the storage and transportation of the products to retail outlets.

As aptly said by the President of Nigerian Labour Congress, Ayuba Wabba, “it is unfortunate that Saidu Abdulkadir, the PPPRA boss did not even feign pretence that the government has abdicated its responsibility to protect Nigerians from the cut-throat tendencies of neo-liberal market forces.

“If you juxtapose the new jack-up of the pump prices of petrol and other products with the recent killer electricity charges unveiled by DISCOs, Nigerians cannot help but feel the heat of a potent threat to run millions of Nigerians under. It is even worse that this is coming at a time when our people are living on the precipice of the Covid-19 pandemic.”

Recall that the last downward review in the price of petrol was at the beginning of the Covid-19 lockdown. The economic benefits of the so-called “downward” review were hardly enjoyed by ordinary Nigerians who were mostly indoors. Just as the lockdown was being eased out and as soon as the inter-state travel ban was lifted, the government decided to hike petrol price. Is this move not a grand mischief and deceit?

It is clear even to the blind that the crisis in Nigeria’s downstream petroleum sub-sector is ‘self’ nay “government-inflicted”. The refusal by successive governments to fix the nation’s three and half oil refineries is at the root of this problem.

This is a government that campaigned they would fix the refineries within their first year in office and build new ones within their first term in office.  Now the government has spent over six years and nothing has happened. All Nigerians get is it’s rationalisation of the plethora of aberrations in their policies and programmes. Is it not glaring that the Government and its NNPC simply want to transfer the cost of their own incompetence and inefficiencies to the Nigerian people.

When this government came into power in May 2015 the pump price of petrol was N87 per litre.

One of the earliest major decisions taken by General Buhari who feigned to be people-oriented was in May 2016, when he increased the price of petrol from N87 to N145 per litre. What was the excuse given by the then Minister of State for Petroleum, Mr. Ibe Kachikwu: “the increase was to balance the different prices Nigerians pay to buy the products.”

Did Nigerians not pay different prices depending on location and terrain after the so called price modulation?

As if governance in this country is all about increasing the pump price of petrol, see the regime since 2000.

President Obasanjo met the price at N20 per litre but decided an upward review to N30 per litre on June 1 2000. This was later downgraded to N22 per litre.

Commendably, when the late President Umaru Yar’dua took over from Obasanjo in 2007, the first remarkable decision he took was to downgrade the price regime from N75 to N65 per litre.

The Jonathan government again jacked it up from N65 to N97 per litre though later reviewed it downward to N87 per litre. This was the price Buhari inherited. And now barely one year into his second tenure, Nigerians are going to be paying between N148 and N150 per litre of petrol. Nigerians should judge by themselves if this was the Mohammadu Buhari thy voted for in 2015.What happened to the General’s original people-oriented and communist disposition. The truth will one day come out! God bless Nigeria!