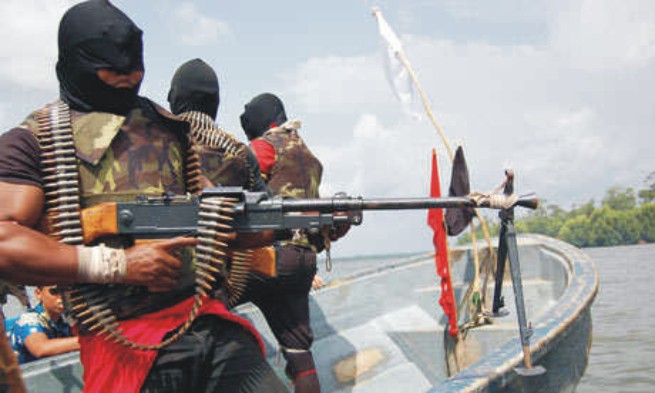 This is certainly not the best of times for the government of President Mohammedu Buhari as a new militants group named: Joint Niger Delta Liberation Force (JNDLF) has emerged in the Niger Delta, with a threat to launch six missiles in the region onJune 7 in an operation it said would surprise Nigerians and the entire world.

The new group also advised the Nigerian military to leave Ijaw communities as they are ready to bring down all military helicopters hovering around the South-South.

It was learnt that the group in their mission statement, claimed the test of the six missiles in the region was to demonstrate to the federal government their readiness to fulfil the American prediction that Nigeria was going to break up in 2015 which did not happen.

In addition, they boasted to shut down the Nigerian satellite orbit, an act that would demobilise communication in the country if the need arose.

In addition, they warned that prior to Tuesday plan to launch the missiles, no airplane should fly out of the country because the missile can target such object, no matter how small or big it may be.

They claimed in the statement that their struggle was not for any human blood, but that they had been pushed to the wall and were running out of patience, seeing the Nigerian uniform men killing innocent people of the Niger Delta continuously.

They revealed that the Niger Delta Avengers were not in Delta State, adding that they only went there to strike and return safely to the struggle base in Bayelsa State.

In their statement, “All oil and gas operations should shut down immediately as our missile testing will affect their equipment. We shall commence missile testing on Tuesday 7, June, 2016, which coincides with the date of our training abroad.