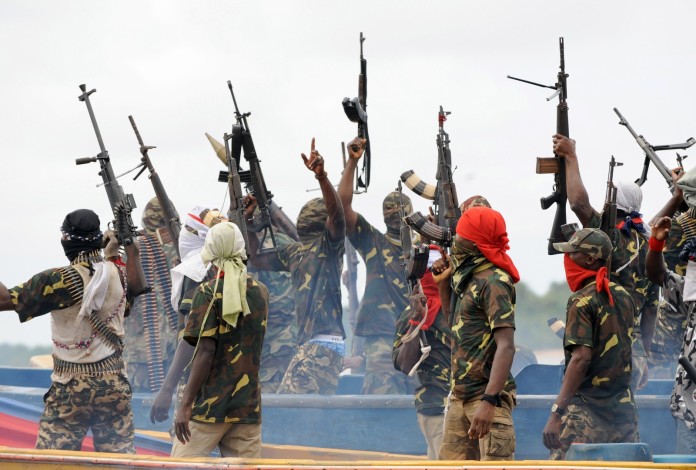 A non-Ijaw militant group has emerged in the landlocked part of the Niger Delta, and is ready to destroy oil assets in Delta and Rivers because they believe violence gets the government attention faster.

In a statement by its Spokesman Gen. Aldo Agbalaja, the Niger Delta Greenland Justice Mandate said, “We are out to tell the world that there is a Niger Delta that is made up of many tribes and tongues, the people of whom have so far suffered both local and national oppression.”

The group said it is urgent for them to also voice out their grievance now that every ethnic group in the region is fighting for what they can get.

“Federal government and the oil multinational companies have been making a very grave mistake by equating the interest of the Ijaw people as that of all the tribes of the region,” he said.

Referring to the 2009 Amnesty Programme, the militants said the federal government and oil companies have started yet another round of negotiation with the Ijaw—in  the name of all the people of the Niger Delta.

“This will not work. Since they do not regard the assets in our areas important enough to be protected, we shall root them all out of the length of the Niger Delta. We don’t want to make this mistake any longer, violence pays as it has become the only voice that government hearkens to.”

To prove they are also ready for action, the groups gave the eight oil companies located in and around Eleme, Utorogun, Out Jeremi, and others 38 hours to evacuate their personnel.

“We have considered this ‘coming statement’ reluctantly inevitable because of the recalcitrance of federal authorities, as well as oil giants; they both have decided to ignore calls to reason and have made violence the only option.”

Certain concessions have been made, including the release of the Okahs in jail in Nigeria and South Africa, the IPOB leader Nnamidi Kanu, and others.