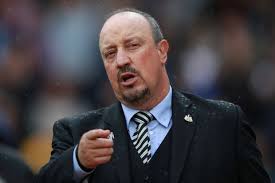 Sheffield Wednesday boss Steve Bruce has confirmed he has held talks with Newcastle about succeeding Rafael Benitez as manager of his hometown club. An angry Wednesday fan confronted Bruce on the touchline during his side’s 3-1 friendly win against Lincoln at Sincil Bank on Saturday.

After the match Bruce told the Sheffield Star: “Speculation is speculation. It’s in the hands of the club. “For me, at this particular moment, there is nothing really to talk about until the two clubs reach some sort of compromise.

“Look, it has happened so quickly that I have got to take stock of the situation. It’s in the hands of both clubs and we will see what develops over the next 24 to 48 hours.”

Icardi has a new club, Coutinho waits for PSG