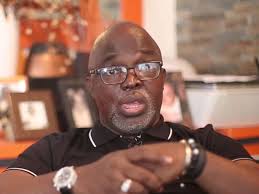 The Nigeria Football Federation has expressed gratitude to the President and Commander-in-Chief of the Armed Forces of Nigeria, Muhammadu Buhari, for his fatherly intervention to restore the leadership of the federation and bring sanity back to Nigeria football,National Daily gathered.

The FIFA recognised Amaju Pinnick Executive Committee had been kept out of office by a contending group for several weeks.

Following the orders of President Buhari, they were led back to office on Monday, an action which the federation says restores hope for the thousands of youths in footballing career and the continued development and progress of Nigerian football.

National Daily learnt  that Secretary General, Mohammed Sanusi, called to inform him that government agents led him to resume work at the Glass House, the NFF President, Amaju Pinnick, just back from Morocco where he addressed a CAF conference, said he has always trusted in the understanding and commitment of President Buhari to act in the best interest of the nation.

“We must give all the credit to our President, Muhammadu Buhari, for acting to restore the leadership of the federation and saving the nation the embarrassment,” Pinnick said.

“Even as the situation persisted, I was very positive about his patriotic commitment to the best interest of the nation and his clarity of judgment to bring order to bear. It is said that the sheep cannot be suffering the pangs of birth tied to the stake while elders are around. He has demonstrated this fatherliness in so many ways across various sectors and now football is the latest beneficiary. We thank God for his life and for giving him to us.

“By his intervention, the nation has been saved the embarrassment, the world football community has been reassured of the high sense of responsibility of the government of Nigeria as a member of the international community and hope is brought back to thousands of Nigeria youths engaged in football as the various national teams can proceed on their various programmes without apprehension, the various leagues which were stopped under the circumstance can now get back to action while the confidence of the various sponsors, partners and investors in Nigeria football has been restored.”

Pinnick however insisted that there are no winners or losers in the resolution of the crisis.

“Football is about people, about unity. The game belongs to the fans and the pride belongs to the nation. The people are deprived when football is inhibited but with the action of the President, Nigerians can now enjoy what they love most.”