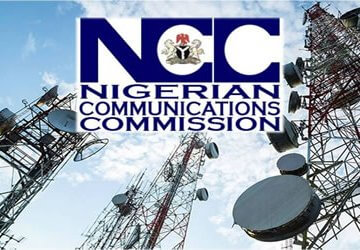 Nigerian Communications Commission (NCC) has said that the country needs more than 120,000 kilometers of metropolitan fiber networks, interconnected across the country to achieve its goal of extensive broadband penetration.

Danbatta said this when he received a delegation from the Nigeria Industrial Policy and Competitiveness Advisory Council led by Ms Edirin Akemu.

According to him, only 38,000 kilometers have been covered so far.

He, however, called on the Federal Government to ensure that all the 36 states governments of the federation adhere to the resolution of National Economic Council on the Right of Way charges.

The charges according to him stipulates N145 per meter for laying fiber network in every part of the country.

“The Right of Way issue is something that refuses to go away despite the existence of a document guiding what should be charged.

“Presently, nobody is complying with the provision of that document.

“We cannot compel the state governments to charge N145 per meter for fiber.

“The Federal Government can, however, meet with the governors and extract a commitment from them to ensure that NEC’s provision is strictly adhered to,” he said.

Danbatta, also called for more Information and Communications Technology (ICT) capacity building in the country in order to fully take advantage of the digital transformation that is taking place globally.

He said that while Nigeria strives to build the needed ICT infrastructure, the efforts would be in vain “if there is no critical mass of ICT adoption and use to drive the digital revolution”.

Share this on WhatsApp
Related Topics:broadband penetrationNigerian Communications Commission (NCC)
Up Next