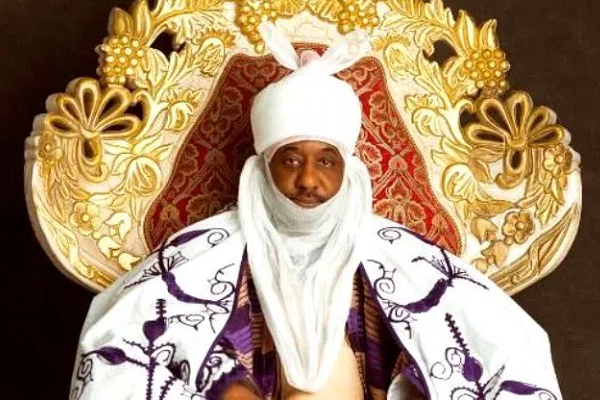 Emir of Kano, Muhammadu Sanusi 11, says Nigeria as a nation is on the threshold of bankruptcy if adequate steps are not quickly taken to re-position the economy.

The former Central Bank of Nigeria (CBN) disclosed this while speaking during the ongoing 3rd National Treasury Workshop organised by the office of the Accountant General of the Federation in Kano State.

According to Emir Sanusi, Nigeria is on the threshold of bankruptcy, following unfavourable economic policies such as subsidising petroleum products and electricity tariffs.

Also, Emir advised that President Muhammadu Buhari’s administration cancel subsidy in petroleum and electricity tariffs if the economy must stabilise.

“What is more life-threatening than the subsidy that we have to sacrifice education, health sector and infrastructure for us to have cheap petroleum? If truly President Buhari is fighting poverty, he should remove the risk on the national financial sector and stop the subsidy regime which is fraudulent.”

“His Excellency, the President said in his inaugural speech that his government would like to lift 100 million people out of poverty, it was a speech that was well received not only in this country but worldwide.

“The number of people living with poverty in Nigeria is frightening. By 2050, 85 per cent of those living in extreme poverty in the world will be from the Africa continent. And Nigeria and the Democratic Republic of Congo will take the lead.”

Speaking further, the Emir Lamented that for 30 years, successive governments have had this project called petroleum subsidy, insisting that this is the right time to stop it so as to save the nation’s economy.

“Two days ago, I read that the percentage of government revenue going to debt services has risen to 70 per cent. These numbers are not lying. They are public numbers. I read them in the newspapers. When you are spending 70 per cent of your revenue on debt services, then you are managing 30 per cent.”

Share this on WhatsApp
Related Topics:BankruptcyEmir of Kano Sanusi Lamido Sanusi
Up Next