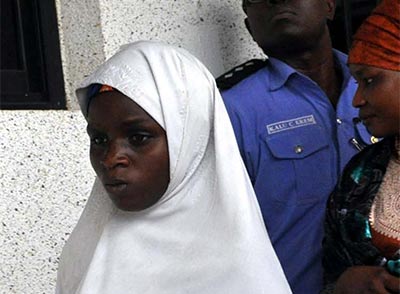 Ese Oruru, the 14-year-old pregnant Deltan rescued from a forced marriage to one Mohammed Yunusa in Kano, is now a nursing mother.

Oruru, who has been living at the Police Officer Mess in Bayelsa since her rescue, gave birth to a baby girl Thursday at the Government House Clinic in Yenegoa

Her abductor, now the father of her baby, has since been arraigned in court in Bayelsa for abduction.

The rescue effort paid off in February when a Twitter campaign championed by The Punch caused a stir, and fingered Emir of Kano Sanusi Lamido Sanusi, IGP Solomon Arase, and other top cops as people to blame for the six-month-long abduction of Oruru.

Arase had to personally secure the release of the girl after Sanusi ordered the emirate Sharia council allegedly ratifying the forced marriage.