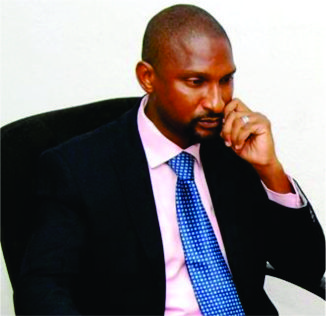 Roy Okhidievbie, the Chief Executive Officer, August Eye Security Services, in this encounter with OKOSUN OKHUELEIGBE in Lagos, condemned the Shi’ite attack on the army and called on Nigerians to be responsive to the challenges of the time while resorting to dialogue as an option rather than plunging the country into crisis.

NIGERIANS are of the view that the only way out of the loggerhead is dialogue and nothing more. What is your take on this?
I have said this on some media platforms that I have been invited to talk. You don’t dialogue with a ghost. Dialogue is a form of communication and in doing so; you must have a sender and the receiver. The modus of communication must be understood by the sender and the receiver and the content of the communication must also be relevant to the reason for communicating. Content must show relevance. Those agitating must see that they are relevant within the context of where they operate and must channel their grievances through their representative at the National Assembly. All I know is that organisations like OPC, MASSOB, Egbesu boys and Shi’ite are bodies that came out of rebellion. Once they do something outside the norm, it is rebellion.

You were recently inducted as a member Institute of Chartered Mediators and Conciliators (ICMC). What role can dialogue play in resolving insecurity problems especially among the ethnic nationalities?
While doing the course at the ICMC, it was a refresher course for me. I don’t need to get angry before what will make me angry start getting addressed. People want to mediate but mediation actually starts from issues that will create friction; issues that will create conflict. Before you hear an Itsekiri and Urohobos, Fulani and Tiv are fighting, there are intermittent fracas that arose before. What stops the government from saying that every quarter, let’s have a meeting together. Let’s have the communities that usually have fracas and make the leaders sit down together and have a party under the sponsorship of the government. Reconcile grey areas and make them have the opportunity to vent and air their grievances. The problem of accelerated fracas leads to destruction of lives and properties because people don’t have the opportunity to air their view, vent their anger. Once you create a platform for them to meet once in a while, they will understand and appreciate each other more. When such opportunity is not created, it begins to take a design in their hearts and at the slightest provocation, it explodes and violence erupts. People should be called to a round table before conflicts degenerates not after lives have been taken and properties destroyed. Any shabby reconciliatory meeting might not fully address angered minds hence we need to dialogue more before and not after something bad happens.

At August Eye, the cardinal principle is being alert, vigilant and proactive. How can we ensure that the citizens abide and live by these principles?
Security organisation should borrow a leave from August Eye, especially in the area of security dissemination, training and enlightenment. We take it to our clients as a freebie— to clients that are ready when they are not busy. We do a lot of training for their staff to have relevant awareness backed up with our guards that are in their facilities. Loss of life is as a result of insecurity, vulnerability and breach of security. We go to schools, churches, mosques and teach them about security. For instance, the media can give a space for security awareness without any cost to create more awareness. We could use those joke columns and coin it into security; it will be a joke but will make a lot of sense and will disseminate the right information and value to the society.

Would you say since you started given lectures to people and going to worship centres people are now more conscious of their environment?
Yes. You know Nigerians are very adaptive. Let me mention that President Barack Obama just appointed a Nigerian the as Deputy Security Adviser in USA. We have seen that it was easier to penetrate a church before. Now people with security experience have come together to make up bodies like the ushers and marshalls. They are in government agencies retired soldiers, SSS, police coined themselves into a team and monitor trends in the church. It is no longer as before with the consciousness that a bomb hidden somewhere can go off anytime with their families there. The concern has gone up tremendously. The sensitization in the print and electronic media helped as well. I most commend Nigerian Journalists for their robust awareness using different platforms.

As a country faced with multifaceted security problems especially with the recent Shi’ite attack on the Chief of Army Staff, What should we be doing to save this country?
What we should be doing is what we are doing now. I am happy that President Buhari is a Moslem; I’m happy he has military ties that he cannot break; I’m happy he has military orientation that takes over his actions. Simply put, for example, you have a vehicle conveying Christians and Moslems and there is a bust tyre, what you hear is shout of Jesus and Allah. It is an eruption of a reaction for possible solutions. I’m happy that Lt Gen Tukur Buratai is also from the north. I’m not happy that his village has been attacked several times but happy that he went to the trenches, did push-ups and ate with the soldiers in the bush. When he was blocked, there was negotiation when the Shi’ite blocked him; the COAS came down from his vehicle with principal officers and begged them. There was resistance. Lt Gen Buratai is the Chief of Army Staff of the Federal Republic of Nigeria. If I am one of his protective team, I might not need him to give me an order when I detect that is a threat to life. I will immediately implement protective measures and if I identify that there are weapons, I will counter the attack with the level of threat it presents. If the principal was brought down, the same Nigerians, the media would talk of sabotage. Now they reacted, they didn’t react and run away but look for their leader, Zakzaky. Intelligence gathering shows that he sponsored the attack. If he had come out peacefully, there wouldn’t have been a gunshot. We have seen in Liberia, Sudan and other countries where soldiers arrested government officers; they didn’t retaliate and were not shot at. If a soldier comes to your premises to arrest you, hands up and come out. Dasuki was arrested, the soldiers in his house stood down for DSS to pick him. The Zakzaky group resisted and it was backed up by fire power hence the retaliation by fire power.

Are you worried that Private security guards are not considered in the area of intelligence gathering and community policing to fight insurgency?
I like the passion with which you asked this question. Long time ago, I forced myself to forget the word “government.” I studied government and understood it to mean people are the government. But when government has failed and we are busy looking at the failures and painting it as if it is a normal thing, there is a problem. We shouldn’t look for escape route to say it is the government. Who is dying? Who is on the street that is robbed? Who is driving through the potholed roads? Those in government are flying while they have their children abroad schooling. Why we are busy talking the about the government when we are the ones affected?
The government created private sector participation, the onus lies on us. What is my social corporate responsibility as an organisation in the country where I belong? If I have 10 guards on this street and they generate intelligence information that a car has been parked in a particular place for the last 10 days, I am supposed to snap the picture of the car, call the nearest DPO or Police Command and inform the DSS and mandate them to take the vehicle away after the Explosive Ordinance Disposal unit scanned that there is no explosive devices. The FRSC will generate information for the police based on the registration and the owner will be invited. That is my corporate social responsibility. Have I done that: No! I will now sit down and be shouting in the media: government! the government!! and government!!! I should be part of those that are concerned about result-orienting and address issues and challenges in my capacity and get result. If we all do this, we would see changes.

What is your advice to Nigerians as we get into a new year?
For the ember months, there is information everywhere on journey management, festivity period. People should begin to maintain this status of “I can do it myself.” The government is you and you are the one to make this things happen. You can tell the police what to do and the police need information from people and they will do it. We should enter the year with a new mind-set that we are the government and play our own part and everybody should play their parts. Above all, they should be security conscious at their work place, home and environment.