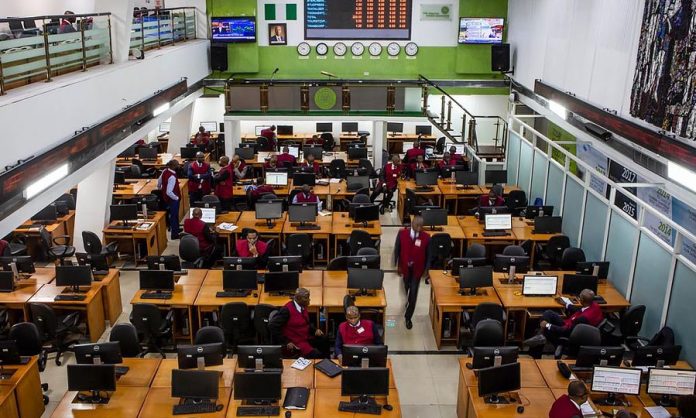 The Nigerian capital market recovered from its previous day’s losses following a 1.05% rise in share value at the close of trading on Thursday.

After eight straight hours of trading on the floor of the capital market, the equity capitalisation rose by N298.74 billion to close at N28.72 trillion, up from N28.42 trillion posted on Wednesday.

This however fell short of 611.97 million shares valued at N7.42 billion which exchanged hands in 5,948 deals on Wednesday. Transcohot led the gainers with N0.53kobo to rise from N5.36kobo to N5.89kobo per share.

Meanwhile, Conoil topped the losers’ chart after shedding N3.15kobo to drop from N31.50kobo to N28.35kobo per share.