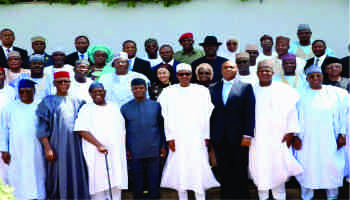 The administration of oath of office to the new ministers last week by President Muhammadu Buhari generated mixed feelings from several citizens across the country. In a poll conducted by ANUOLUWAPO OLAFUSI, it was amazing that Nigerians still have confidence in, and high expectations from, the new ministers despite the catalogue of controversies at the screening and confirmation stages.  The various responses are highlighted below:

FESTUS Ohlosimuan -Businessman
The ministers should have the fear of God, they should be there to serve, they shouldn’t be there because of what they want to acquire but for the development of the country and interests of the masses. It is only God that knows one’s mind, appearance can’t make a person. So, I can’t say some of them are pretenders until they start their works, but I believe we are in the era of change, they will try their best.
Ajaigba Adeola – Police Officer
Some of these ministers have been in certain position before. We have seen and heard what they have done. Since President Buhari chose them, they will do well.  They are really fit for the post.
Camelius Obichere – Businessman
With these newly appointed ministers, there will be change in Nigeria. The change has started already with our President, Muhammadu Buhari but he can’t do it alone. He should always check whatever each of them is doing in their ministries.
Mrs. Kenneth -Trader
Some of these Ministers will make Nigeria proud and some of the ministers are not fit for that post. The President said we are going to see new faces, but those we are seeing are those we have known before. We just have to give them the chance to prove themselves.
Cheif E.O Ezemawamadu -Trader
The ministers the President appointed are okay, with them Nigeria can move forward. We are in the era of change, if any of the ministers doesn’t want to take caution, he/she can be sacked.
Olu Akin  Engineer
The calibre of people that are appointed are respectable and intelligent, these people can make Nigeria move forward. Some of them have been very impressive, from what they have done in the office they have held before. I don’t think they are pretenders; let’s give them time to work. I believe they will do their best.
Prosper Anyasodor – Businessman
I believe the ministers can help Nigeria move forward. I don’t really like politics, but when I saw the list of the ministers, I saw achievers, great men. Looking at these people, individually, I think they can help Nigeria move forward.
Paul Anyanwu – Businessman
I don’t really know these ministers, though I know some of them. But for them to have been chosen, I believe they will do well. Since, the Head (Buhari) is good, the ministers will be good. Buhari is not a biased person, he is straight forward.
Favour Ibeh – Student
We cannot really predict the kind of people these ministers are. Until they start their work, even if the ministers don’t have good heart before they were appointed, since we are in Era of change, they will change.
Nnenna Emmanuel – Student
I believe they can help Nigeria move forward because some of them have good reputation. 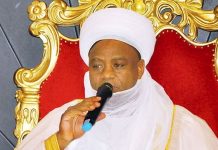