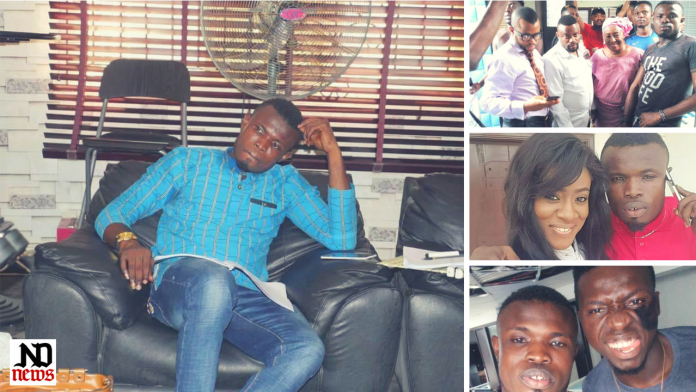 Michael Orji Kalu is a native of Ogwuma Edda in Afikpo South LGA of Ebonyi State. But was born and bred in Aba in Abia State on 16 August 1986. He moved to Lagos in 2008. And has managed to carve a niche for himself, in an industry that accommodates hardworking persons and dreamers.  Meet the Production Manager for Boss of All Bosses, Instagram Girl and many more…Ediale Kingsley interviews.

Why Nollywood for you?

Well as a young Child I had the passion for acting and was among the drama group in my primary and secondary school also in the church, so when I got to Lagos I tried my hands in a lot of things to make ends meet but none was successful.  So I repositioned myself in Nollywood because it provided the platform to showcase my skills and passion.

What else do you do aside producing movies for Nollywood?

Aside from Nollywood, I am a farmer (laughs). I have a commercial fish pond. And also I do total supply of building materials… in fact I put my hands in any legit business that will bring money to my pocket.

Take through the list of films you have done and your position in the crew.

I have done a lot and here are the ones I can actually remember at the moment, mostly because they are the recent jobs I have done:

Lost in Us – Production Manager

Boss of all bosses – Production Manager

Tell us the biggest film you have worked on and how was the experience?

I think the biggest film I have worked on is 76, the experience is unique my brother. From the casts to locations to props to equipment used and finally the duration of the shoot, we shot the movie in Ibadan mostly in Mokola Barracks. We shot for more than 3 months, and that was my first time working with Ramsey Noah, Chidi Mokeme, Rita Dominic and many more all in one set, also with Multiple Award winning Izu Ojukwu as the director. In fact, it was this movie that shaped my career as a filmmaker ‘cos I learned most of the things I know now from that set since it was filled with A-list Stars and Crew.

What are your challenges as a Producer?

My challenge as a producer is mainly about the budget. Sometimes the Executive Producer might want some crop of actors in the movie but the budget will not be big to accommodate them so you start battling with the budget you have to be able to pull it through. Secondly availability of Actors this is because every script has its actors because one of the things that kill a movie is wrong casting. So, sometimes we have issues getting the right crop of actors for each story and this makes us postpone production dates till we get them.

As a Nollywood Producer what’s the average film budget like?

Average film budget… Hmmm, there are different kinds of productions this is because of the market or audience each is targeting… But there is no fixed budget for a movie… Each is based on the story and the market or Audience it’s targeting. But for a normal feature film, between N3.5 to N4.5 million, still depending on the kind of story.

Who is your favorite Director or Directors?

My Favorite Directors are; Izu Ojukwu. Izu is a very creative and Technical Director. His creativity is on another level), I love the way he tells his stories; Ike Nnaebue, Ike is a very detailed director, also with his knowledge of editing he makes work easier because he knows the shots to take and the ones not necessary, he also has a generous heart he believes in people and what they can do and gives a platform for growth. He is very good; Lastly but not the least is Edward Uka, Eddy is a very sound Director who as a writer. He tells his stories from the writer’s point of view also very creative. These are my 3 Favorite Directors.

Your favorite actor or actors?

My favorite actors are; Kalu Ikeagwu, he is a very fantastic actor, his delivery is awesome and on point; Stan Nze, he is the next big thing that will happen in Nollywood. He is a dedicated hardworking and a good actor. Finally Esther Audu, She is nice with her lines and delivery and also passionate about her job. 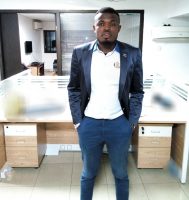 One of the things I will like to change is the way investors and the general public look down on the Crew Members. They accord more value, respect, and recognition to only the Actors forgetting that without the crew, there will be no actors. They ought to give, even if not in the same measure, but as enough respect and values to the Crew Members.

What is your upcoming project?

My next projects are with Obylisious Empire Productions,  we are planning on shooting a lot of films for our new online platform Afrigoldtv. Afrigoldtv is an online TV that is set to take online viewing experience to the next level. It will be a home of good quality and family movies for everyone. You need to go check it out.

On location set, there are usually wonderful stories. Tell us one crazy location incidence you will never forget?

I have had a lot of Experiences in this field, but the outstanding one that I can’t forget is the one that happened to me and my crew. That was three years ago we were shooting a bank Robbery scene in front of Fidelity Bank in Abraham Adesanya in Ajah by 2 am midnight. I had spoken to the security personnel I met on ground and he permitted us, not knowing he wasn’t alone his colleagues were inside sleeping. My brother it was just like the film we were acting, in the midst of the shot, the other security guards inside woke up and saw the robbery scene as real because I make my films real. We had guns and cars and the action was on, he climbs out and rounded out from behind, according to him he wanted to open fire on us directly but decided by the special intervention of God who knew we were just hustling to shoot a harassing bullet first. Hmmm, he shot into the air to alert us and was ready to fire at us if we reacted only for us to start begging and shouting that we are making a filmooo. He just turned and told us that we should all go and give thanksgiving in our churches. That he would have shot at us directly but something in him just asked him to shoot in the air first. My brother na so I for don die for this hustle but God is great.

From being a Production Manager to become a Producer, are we going to see you become a Director anytime soon?

Yes, I want to end up as a producer who also directs his films, but I still have a work to do about it. Planning on going to a film school to study directing even if it’s a diploma course then I will be qualified and equipped for Direct. So yes, soon I will start directing.

What makes you different from other producers?

Well just as all men are unique so are all producers, but I have my pattern which stands me out, I am Success Driven and Oriented… And being someone that came from the very bottom (I mean PA), I know all the rudiments of production. So things that would have been issued on set for me, I tackle them before going on set with the vast knowledge I have in Film production. Also, I double task myself to make sure I deliver and meet up.

We have heard of how ladies come seducing Producers and also heard of how Producers pester actress for sex. Tell us about the Sex-For-Role Syndrome in the Nollywood industry?

I can’t tell you that the sex for role syndrome doesn’t exist in Nollywood. That will be a lie, some girls don’t want to work hard, attend auditions, castings and wait for their time to blow. They just want an instant rise to stardom and so believe they can get there with what they have as they use to say, and also some producers use their office to intimidate some of these girls too. So I will advise actors to work hard and stop having that mentality. And producers also should try to give roles to actors on merit. But the good thing is it has reduced in the last 5 years because some well-meaning Nigerians have created platform that will not only train and equip the actors but also guarantees their breakthrough in Nollywood by creating jobs for them after their internship and shooting their movies with these trained actors; Places like Obylisious Empire Film Academy and Tresurewells Academy to mention but a few. So I will advise our intending or upcoming actors to look for these film Academies and Enroll, this way the sex for role syndrome will keep reducing since these academies also guarantee roles.

Our cinema culture is growing faster than our screens and outlets. Tell me how does Nollywood producers make enough profit from their films?

Yes just as you have noticed the Cinema Culture in Nigeria is growing so fast, producers make enough profit from their films from the cinema, sales to TV stations, online TV and some from international rights.

In producing a film what is the most vital aspect of production? and Why?

You have done mostly English films, what is happening to our local language films? Are we going to see you produce an Igbo film anytime soon or the market isn’t good?

Yeah, very soon I will start producing Igbo films. Well, the market is not as profitable as English films but it all depends on the quality of movie been produced. 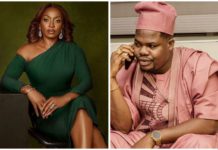 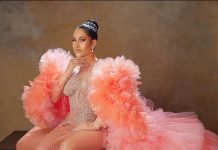