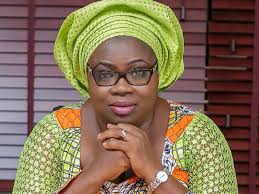 Speaking shortly after receiving the Award at the finals/closing ceremony of the 17th
Nigeria Governors’ Forum, National Under-20 male and female Youth Football Championship, held at the Confluence Stadium, Lokoja, Kogi State last Saturday, the Governor commended AYSOF for initiating an equable programme that would uplift sports from the grassroots level and bring together youths of Nigeria to interact in a friendly atmosphere.

Governor Ikpeazu who spoke through the Commissioner for Local government and Chieftaincy Affairs, Chief Gabriel Onyendilefu stated that it is through such grassroots sports programme that Nigeria will discover new talents and sustain her leading role in Sports in Africa.

The Governor said Abia  State government featured a male and female team in the Championship not only to strengthen the gender-sensitive posture of his administration but to further drive the policy trust of the State government in tapping the talents of the youths through Sports.

In a remark, the Wife of Abia State Governor, Deaconess Nkechi Ikpeazu  represented by the Commissioner for Women Affairs and Social Development Mrs. Ukachi Amala poured encomiums on AYSOF for bringing the Youths of Nigeria together to interact through Sports.

She said that AYSOF programme is line with the vision of her pet project Vicar Hope in using a positive means to help young girls attain their desired heights in life.

In a brief remark, the leader of Abia Teams and the President of Abia Comets F.C., Coach Victor Nwakanma who equally received Nigerias Best Football Administrator Award by AYSOF described the Championship as a breeding ground for future stars adding that the two Abia teams gave a good account of themselves.

He expressed great appreciation to Governor Okezie Ikpeazu for the support so far given to Team Abia in the Championship adding that the VICAR HOPE QUEENS who came tops in the female category will be given adequate preparation to face the continental stage.

He expressed optimism that Abia State government will give maximum support to the the young girls to ensure a good representation of not only Abia state but Nigeria in the International Under-20 female youth football tournament in Dubai, United Arab Emirates (UAE)) tagged Dubai  2019.

Earlier in an opening  remark, the President of AYSOF, Dr. Ahmed Lawal stated that the competition was conceptualized to bring the youths of Nigeria together to promote peace and unity and gave kudos to Abia State government for giving the youths a pride of place in the scheme of things in the State.

Abia State female team ‘VICAR HOPE QUEENS emerged champions of the female category of the Championship via a walk over of the Rashidat Bello Eaglets of Kogi State while Abdulahi Ganduje Boys of Kano State beat Okezuo Abia Victorious Boys of Abia State 3-2 to emerge champions in the male category.