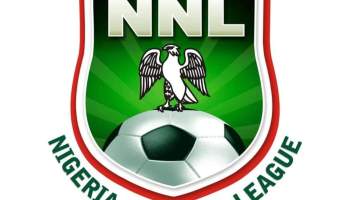 The Nigeria National League (NNL) has embarked on a partnership programme with the Police Command in the FCT to forestall violence at match venues.

Sajo Mohammed, the Chief Executive Officer of the League, led a team on a visit to the Commissioner of Police, Mr Bala Ciroma, on Tuesday.

Mohammed said that the visit was necessary following incessant reports of attacks in match venues especially in the FCT since the commencement of the 2020/2021 league season.

“We have four Abuja teams playing in the league: the EFCC FC, NAF FC, FRSC FC and Oyah Sports FC.

“We noticed that as the league progressed, we were having security challenges. There are some elements that are trying to destroy our efforts.

“Some people have no intention of watching the games but to come and disrupt the league.

“This is a huge cause of concern for us as football is not a game of violence either to spectators or match officials but we have been experiencing that.

“We preach zero tolerance to hooliganism in football and that is the reason we are here to seek partnership with the police to help curb the situation,’’Mohammed said.

On his part, Ciroma assured the NNL team of the support of the police.

“I can assure you that we are willing to work with you to ensure that all venues are adequately secured.

“But we will need a time table of the league matches and venues to be able to plan and do some risk assessment with your personnel.

“That way we can know the kind of deployment to put in place in the various venues so that adequate security measures can be made to checkmate hooliganism in these areas,’’ Ciroma said.