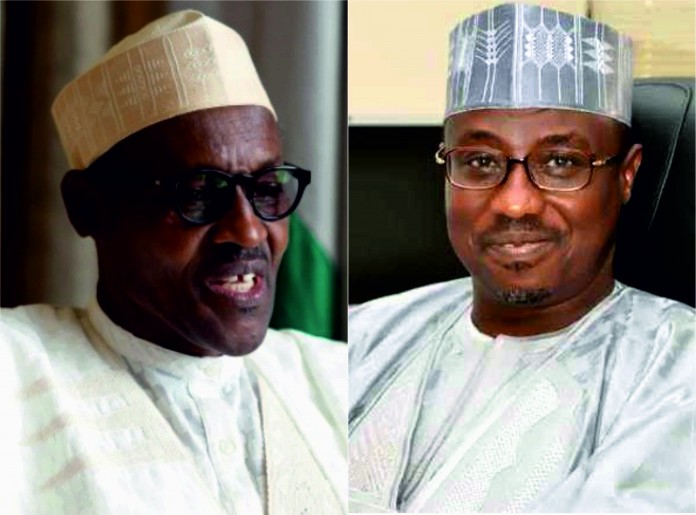 IF the new Group Managing Director of the NNPC believes that going to “undertakers” to seek advice on how to re-position and run the corporation, is the best option for him, then he definitely needs to be helped to wake up his ideas.

Is it not laughable or rather a national disgrace that the league of all living former group managing directors of the Nigerian National Petroleum Corporation (NNPC), could shamelessly be at the forefront of canvassing for a fresh jack up of the price of petrol barely few months after the last episode.

After a meeting recently with the current Group Managing Director (GMD) of the Nigerian National Petroleum Corporation (NNPC), all the living former group managing directors of the state run oil firm advised the government to upwardly review the pump price of petrol. Citing foreign exchange shortages, exchange rate and competition in the downstream sector, the ex-GMDs stated that the N145 per litre for product was no longer sustainable.

Are these “enemies of Nigeria” not supposed to be in jail by now for callously running down the nation’s apex oil concern especially the refineries? If the former NNPC bosses lived up to their responsibilities when they held sway at different times in the life of the NNPC as an integrated oil business concern, would this country be importing petrol and other petroleum products today?

Rightly put by the Chairman of Senate Committee on Media and Public Affairs, Senator Sabi Abdullahi, “The NNPC as an institution was expected to be the live-wire of this nation. As we have all known, refineries that we have in Nigeria have not been functional because if they had been functional and if that institution had been up and doing in tandem with its peers in other countries that have similar resource endowment like ours under the directorship of these former GMDs, we wouldn’t have been in this mess.”

Do the ex-NNPC GMDs have any sense of dignity/conscience or rather shame at all? Were these dishonest and grossly inept bunches not the very ones that created all the problems we are currently facing in the nation’s oil sector especially the downstream sub sector
Having where mere cracking of the crude to produce distillates has been made to look like rocket science in this country?

How can they step out to now advise us on how to run the industry? As said, “They do not have the moral standpoint to even advise us on what to do because they had a hand in it.”

And as rightly asked by Senator Abdulahi, how you can solve a problem under the same condition that created it? “They are more or less acting as enemies of the people and even the government they are advising.”

Walai, the President has to watch this bunch of ex-NNPC bosses because they may be working with enemies of Nigeria on a mission to cause problem for this government
If the NNPC former GMDs of the NNPC that we should be holding responsible for the non-functional state of the country’s refineries and the non-profitability of the NNPC as a business concern are the ones forming a trade union to coerce the present government on implementing anti-people policies in the same outfit they grounded, then without mincing words, “change (accountability) must begin with them.”

The three and half existing refineries under the care of the NNPC, how many can boast (honestly speaking) of 30 percent installed capacity utilization? None! It has now become a fad to blame militant attacks on the pipelines for all the woes of the refineries as if when there were no attacks the refineries were doing better. I have severally said this: the federal government should also look beyond the aggrieved militants of the Niger Delta region in its quest to permanently address the spate deliberate vandalisation of oil facilities particularly NNPC pipelines in the Niger Delta and beyond. The NNPC people may actually be involved in these destructions to cover for their ineptitude and corruption in the system.

Unknown to many Nigerians, the federal government is still heavily subsidizing the price of petrol through the NNPC. For almost one year now, the NNPC has been providing over 90 percent of imported petrol used in this country.

Nobody including the league of ex-GMDs are seriously thinking on how to redress the continued 100 percent reliance on importation rather they are more concerned with jacking up the prices of the imported product and maintaining the status quo ante. Is that how we are going to make progress as a nation?