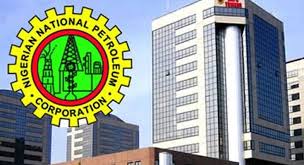 The difference in meaning between the two words “finish” and ‘complete’ is most times confusing but can be made clearer using the current Nigerian Presidency. Thus, when a country is ruled by a president who trumpets his impeccable integrity as unmatched but at the same time turns blind eyes to the glaring misdemeanour of his appointees in conducts that depict undeniable corruption, that country is ‘finished.’ Worse still, when the Mr integrity pretends not to even be aware of the level of sleaze by his men, the country is then ‘completely finished.’

The first step to finding solutions to any problem is to first agree that indeed there is a problem. Living in denial will only complicate the situation and that’s exactly what we have in our hands today in this fuel subsidy scam. Ofcourse, this is what you get when a president is not aware of a single thing in his government even in his presidency.

How do you explain that the Mohammadu Buhari-led government that came telling us it has stopped all forms of subsidy payments on petroleum products has been secretly doling out over N1.4 trillion annually as subsidy on petrol alone to oil contractors and their cronies in the NNPC and the Presidency?  Interestingly, they have given the scam a new English name- “Under-recovery.” It’s longer fuel subsidy. Up Naija!

It is very clear that President Buhari will not rid his government of the scourge of corruption until he actually understands what is going on especially the harm being inflicted on our commonwealth. Do we need anyone to say before we agree that The Buhari Presidency is tolerating and enabling dictatorial kleptocracy in the nation’s apex oil concern where his Chief of Staff also serves as a commanding board member of course as “oga’s eyes” in the business?

Last week Thursday, April 5 2018, The Minister of State for Petroleum Resources, Ibe Kachikwu, while speaking at a Liquefied Petroleum Gas workshop organised by the Federal Ministry of Petroleum Resources in Abuja said the NNPC was spending enormous resources subsidising petrol to the tune of over N1.4 trillion annually up from the very few hundred billions as at 2015 when this government came into office.

Interestingly, the government stated that the NNPC had been shouldering the huge financial “under-recovery” burden, because the state oil firm is the country’s supplier of last resort when it comes to the provision of petroleum products. The minister was quick however, to add that the “under-recovery” is being addressed at very high levels” whatever that means.

The monies funding this scam, where does NNPC get it from? What has stopped our representatives at the National Assembly from asking the NNPC/Presidency to explain the sources of this over N1.4 trillion annual dole as such monies were never provided either in the NNPC budgets or even the National Budgets? How can we continue like this as a country?

They have told us different things at different times as concerns the pricing governance from ‘partial’ to ‘total’ deregulation and now to the current jargon of ‘price modulation’ whatever that means. If the government as they told us had moved from a fully subsidy-based sector to a partially liberalised sector, why is the subsidy bill skyrocketing instead of coming down? How do you explain the astronomical increase from few hundreds of billions as at 2015 to  over N1.4 trillion as we have it today?

The summary of the minister’s disclosure is that the federal government is still subsidizing petrol and has licensed the NNPC to become the oil industry monopoly in the corruption called fuel import subsidy. Otherwise, what does he mean by the “NNPC books are absorbing some of the cost implications?”

The Group Managing Director of NNPC, Maikanti Baru, was outrightly naive in saying that the huge “under-recovery” was due to the proliferation of filling stations in communities with international land and coastal borders across the country. This is the only way they can justify the mind-boggling increase in our domestic consumption figures from 35 million litres to over 60 million litres every day.

According to him, a detailed study conducted by the NNPC indicated strong correlation between the presence of the frontier stations and the activities of fuel smuggling syndicates.

“The multiplication of filling stations had energised unprecedented cross-border smuggling of petrol to neighbouring countries, making it difficult to sanitise the fuel supply and distribution matrix in Nigeria. The activities of the smugglers led to the recent abnormal surge in the evacuation of petrol from less than 35 million litres per day to more than 60 million litres per day, which was in sharp contrast to the established national consumption pattern.”

As he said, “because of the obvious differential in petrol prices between Nigeria and other neighbouring countries, it had become lucrative for smugglers to use the frontier stations as a veritable conduit for the smuggling of products across the borders. This had resulted in a thriving market for Nigerian petrol in Niger Republic, Benin Republic, Cameroon, Chad and Togo, as well as Ghana, which has no direct borders with Nigeria.”

ALSO READ Buhari and Niger Delta: Enough of this stupidity

The NNPC boss is talking as if it’s my responsibility to safeguard our borders with neighbouring countries? Is it not the same government’s agencies and parastatals? Nigerians thought the President brought the Customs boss, Angel Hammid Ali to checkmate cross-border smugglings, is that still not the case?

The real truth is that no single person in the entire NNPC system, DPR, and the Office of the Minister of Petroleum can authouritatively say the exact daily volume of petrol we consume domestically? All we have are projections based on faulty and dubious assumptions. Figures ranging from 35 to 50 million litres and now over 60 million litres have been thrown at us at various times as our daily petrol consumption.

If the NNPC doesn’t know what we consume daily, how are they going to plan for it? How can they ascertain the exact volume loss as leakage to the so called cross-border smugglers? Uninformed extrapolations in this matter only breeds opportunities for corruption and this has been the case since we started this near 100 percent reliance on importation. Those who know would agree that the gap between 35 million litres and over 60 million litres is wide enough to accommodate all the NNPC and Presidency’s wuru wuru in secret subsidy and equalisation payments. How long can we continue like this as a country?

Is it not clear why the nation’s three and half refineries are not working and would never work to any decent level to serve the country?