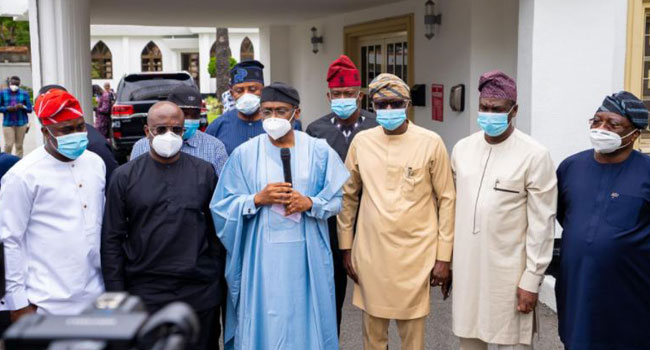 The Speaker of the House of Representatives, Rt. Hon. Femi Gbajabiamila, has stated that there is no ethnic dimension to the #EndSARS protest in the southwest, particularly, Lagos. The Speaker had visited Governor Babajide Sanwo-Olu of Lagos State in the aftermath of the wanton destruction of property in the state by hoodlums who hijacked the peaceful #EndSARS protests by the Nigerian youths. The Speaker condemned the violence and destruction of properties in Lagos.

“This certainly is not Lagos State of our dream that we all talk about. I believe that no matter brave or face anyone put into it, even the protesters have their regrets that things went this far. From my understanding and from what I have seen, those who were for the protests and those who did not join were all affected. It is very unfortunate to see the level of destruction,” Gbajabiamila said.