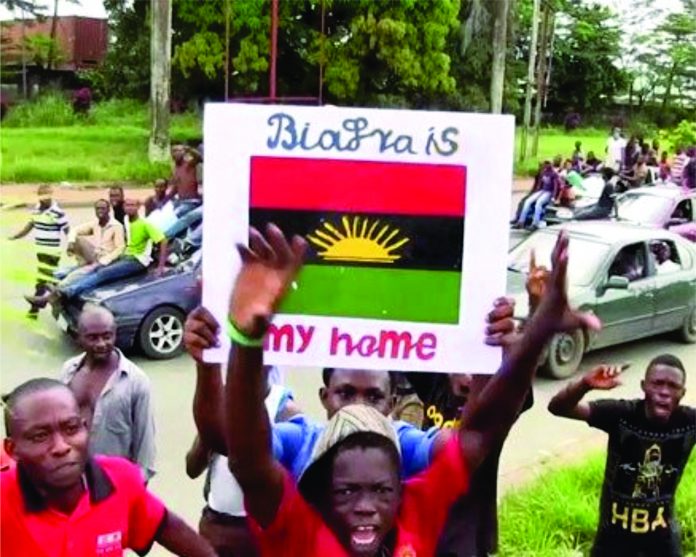 Leaders under the aegis of the Northern Elders’ Forum, NEF, have backed call on Igbo people to quit every part of northern Nigeria in three months. A group of leading northern youth groups made the earlier demand on the Igbo, owing to their continued agitation for the breakup of Nigeria.

Ango Abdullahi, spokesman of NEF, told journalists on Friday the group’s position on the matter.

“I am disappointed in the decision taken by northern governors’ forum disowning and condemning the agitation by this young agile and progressive youth groups,” he said.

“Recently, people from eastern part of this country, specifically Igbo, were busy calling for the sovereign state of Biafra and from all indication their leaders including governors are behind them.”

According to him, whoever feels Nigeria “is not conducive for him” let him quit, adding that what the northern youth groups did was not a sin.”

Abdullahi said when Nnamdi Kanu, the leader of the Igbo separatist agitation, was released on bail recently, over 100 vehicles escorted him to his residence including big personalities from the south-west and south-east.

“This is somebody who has been agitating for the breakup of Nigeria but his people were behind him, therefore, I am behind the youths,” he said.

“This is because the northern youths are pushed to the wall, we have been calming them down in any event similar to this,”

“These people (Igbo) always pretend that the north is cheating them, not minding the fact that southern Nigeria was developed by resources from the north,” he said.

“Please, look for a book written by Adamu FiKa, the Waziri of FiKa on Nigeria’s budget before and after independence.

“Each year, up to the time Nigeria gained its independence, none of the two regions was able to provide for itself.

“I mean none of the western and eastern regions had the money to effectively run the affairs of its region until they get financial support from the Northern region.”

Abdullahi said it was the same money from the north that was used to construct Nigerian Railways, refineries and other facilities.

“First oil exploration was conducted using money from groundnut pyramid, cotton, hide and skin among other cash crops from northern Nigeria,” he said.

“However, these people tend to forget all these goodies provided by the North toward ensuring the unity and corporate existence of Nigeria.

“They always look down on us, feeling that Northerners are parasites in this country.”