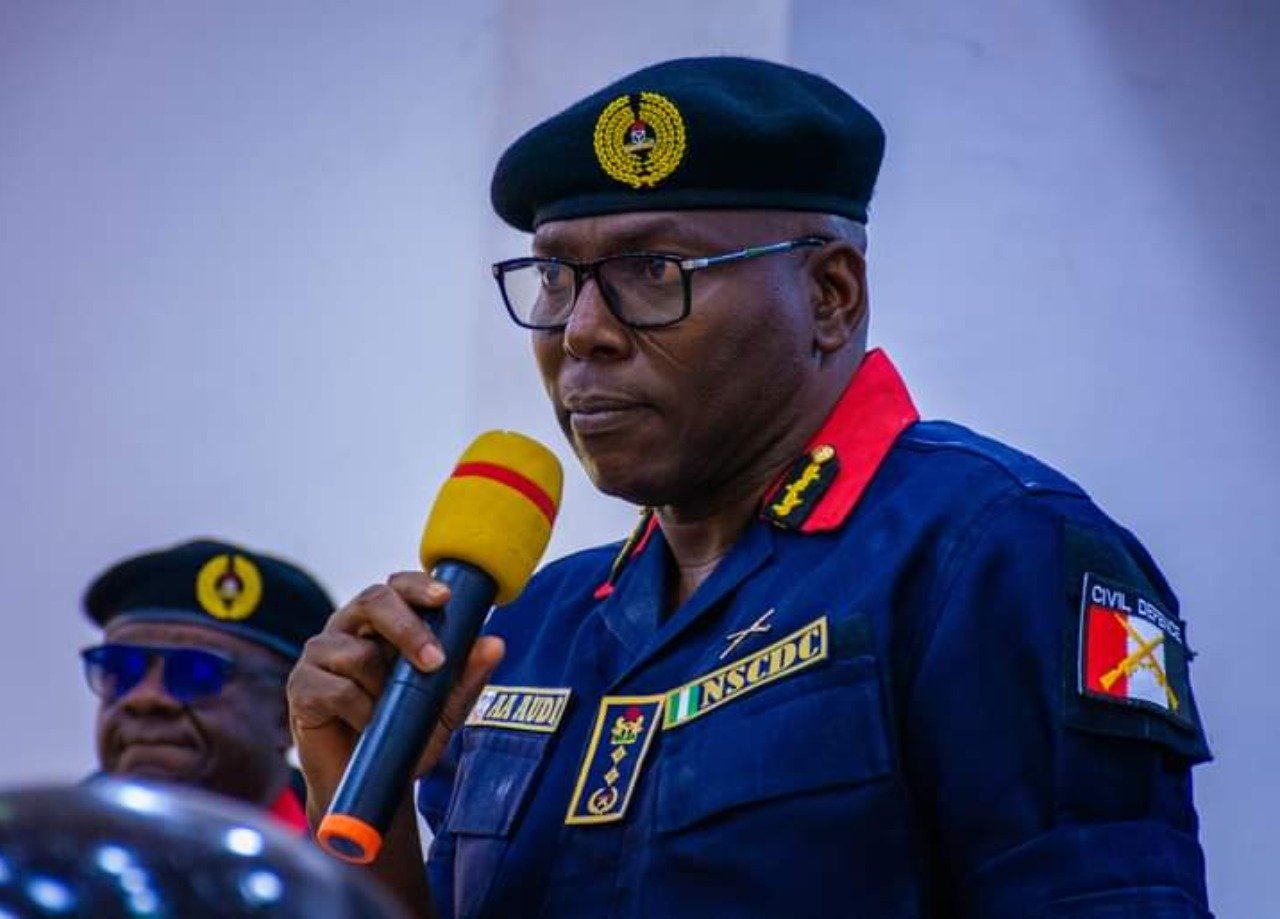 The Management of the Nigeria Security and Civil Defence Corps (NSCDC), says it is committed to providing more welfare packages for personnel to boost their morale.

This is contained in a statement by the Corps Public Relations Officer (PRO), Mr Olusola Odumosu, on Monday in Abuja, while reacting to a publication on the purchase of tricycles for members of NSCDC Cooperative.

According to the statement, NSCDC Commandant General (CG), Ahmed Audi has placed premium on the welfare of personnel and developed a robust and well-structured plan to ensure efficiency, virile, dynamic and productive workforce, and ensure service delivery.

It explained that the purchase of the tricycles was purely the affairs of the cooperative society and has nothing to do with the NSCDC management.

According to statement, those circulating the information were doing so to portray the NSCDC management in negative light and cast aspersions on the efforts of the Audi-led administration.

“To set the records straight, the cooperative society is an independent body whose membership are voluntary and not mandatory, so the alleged scheme was meant for only interested cooperators.

“And it was introduced by the cooperative society as part of effort towards meeting the welfare needs of its members only and not the generality of personnel which the CG is responsible to.

“Hence, the need to correct this misrepresentation as the CG cannot dictate what cooperative do with their money, but can only counsel them.”

The statement said that since assumption of office, the Audi had ensured promotion of many personnel who had remained on same rank for three to ten years and paid benefits of others, including those injured in the line of duty.

“He began processing the payment of the backlog of promotion arrears of personnel and gave special promotion, awards and commendation letters to officers who distinguished themselves in line of duty.

“Dr Audi also gave out cheques of over N2 million for Group Personal Accident benefits to personnel who sustained various degrees of injuries in the cause of discharging their duties.

“Not to mention the over N20 million worth of cheques being distributed as part of payment for Group Life Insurance which is managed by the Head of Service.

“The CG has also paid over 150 families the outstanding burial benefits and entitlements of deceased personnel long forgotten to the tune of N40 million.

“While also working assiduously to pay the backlog of outstanding benefits of about 60 families to the tune of over N200 million which had been lingering since 2013.”

The statement also indicated that about 60 officers and men who sustained injuries in the cause of duty will be paid not less than N21 million as Group Personal Accident Benefits, as soon as the processes were completed.

It said that Audi appreciated the partnership between the corps and the media and advised practitioners to leverage on the existing relationship to seek clarifications on issues relating to the corps before publication.