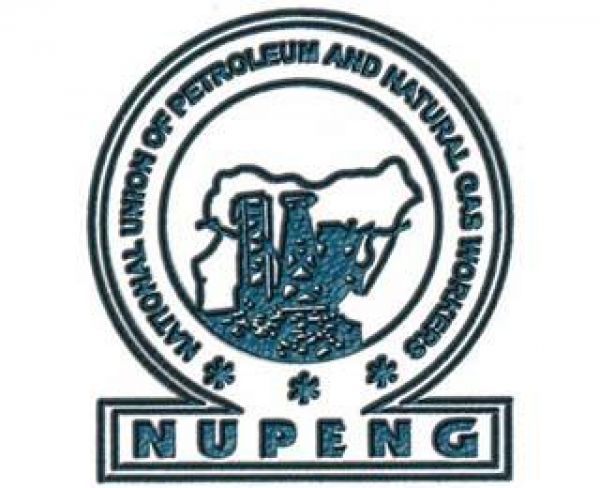 The Nigeria Union of Petroleum and Natural Gas Workers (NUPENG) on Tuesday picketed Lagos office of Chevron Nigeria Limited (CNL) over the death of its member, Babalola Oladimeji.

The union members, who chanted solidarity songs in protest over the death of the contract staff, held placards with inscriptions such as ‘’Justice for Babalola Oladimeji’’; ‘’Implement Collective Bargaining Agreement for Xepameadow now’’.

NUPENG Lagos Zonal Chairman, Mr Tayo Aboyeji, alleged that late Oladimeji, a contract staff of Xepameadow General Services – a contractor to Chevron was found dead at a hotel where he was lodged by CNL to carry out an official assignment.

According to him, members of the union are suspecting ‘foul play’ by the CNL management over the death of Oladimeji and are asking for a probe into his death.

He also alleged that the Chevron management was yet to commiserate with the deceased’s family since his death in Dec. 2021.

‘’We are here to protest against the CNL management; we could not find one of our members, Oladimeji.

‘’We searched for him, later we discovered his dead body in a swimming pool at the hotel.

‘We have been asking lots of questions; the wife has become a widow and children have become fatherless; it is not acceptable; we want Chevron management to explain how Oladimeji died.

‘’To make matters worse, since his death on Dec. 20, 2021, Chevron Xepameadow management has not visited the family to commiserate with the family,‘’ he said.

The zonal chairman also alleged that CNL management was yet to sign the Collective Bargaining Agreement of Xepameadow workers for over 12 years.

He said that as a result of such act, workers benefits were stalled including that of late Oladimeji.

‘’We want them to know that we are capable of shutting down Chevron and Nigeria in general because of our member who died, ‘’ Aboyeji said.

Responding, the General Manager, Policy, Government and Public Affairs, CNL, Mr Esimaje Brikinn, confirmed to the News Agency of Nigeria that members of NUPENG protested at the gates of CNL’s Lekki office.

‘’We understand that the protest is in connection with an incident that happened on Dec. 20, 2021, involving a staff of Xepameadow General Services Limited, one of CNL’s third party independent contractors.

‘’He was was found dead at the swimming pool of Genesis hotel, Ikeja, Lagos by a hotel staff; the protesters also raised some other labour issues they have with their employer,’ he said.

Brikinn said that the fatality was a non-work-related incident and CNL worked closely with the deceased’s employer and hotel management at the time, to ensure the case was reported at the Ikeja Division of the Nigeria Police.

According to him, all required notifications were also made.

He explained that Xepameadow was an independent contractor providing services to CNL.

He said, ‘’Accordingly, given that the deceased was Xepameadow’s employee, Xepamedow has been engaging with their personnel and union representatives to resolve the issues raised amicably.”