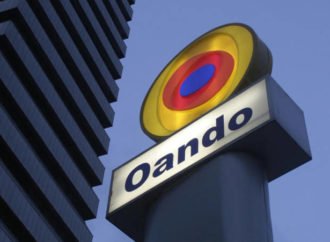 Oando has faulted the Security and Exchange Commission (SEC) for ignoring the Administrative Proceedings Committee and setting up a Special Investigative committee and task force which are not backed by law. The company also accused Alhaji Dahiru Mangal of insider trading.

In statement released by the company, it stated reasons why it was opposed to the audit, chief of which is the SEC’s rules relating to its ‘Complaints Management Framework’ it will not consider any complaints regarding matters that are already the subject of arbitration or court proceedings as such matters are ‘sub-judice’. The Company brought to the attention of the SEC, that in addition to on-going arbitration proceedings involving one of the petitioners, Ansbury, in respect of its indirect investment in Oando PLC a high court injunction had been granted.

It said despite Oando Plc’s request for a formal physical meeting the DG never met with any Oando executives but instead afforded the Petitioners a series of physical meetings and advises.

Each of the alleged infractions has a penalty as prescribed by the respective provisions of the ISA, SEC Code, SEC Rules and Regulations, NSE Listing Rules and CAMA; none of them whether singularly or together warrants the suspension of free trading in the securities of the Company or the institution of a forensic audit

In the statement, Oando said the penalties are not fair and objective measures in the circumstances nor would they be the appropriate cure even if the allegations contained in the Petitions were to be true

Meanwhile, SEC claims that the actions it has taken are based on specific “findings” it has made against the Company. Yet, in a totally self-contradictory manner, SEC wants to embark on a forensic audit of the Company to confirm the veracity or otherwise of its findings. This begs the question as to how definite findings (in its’ own words) could have been made when SEC itself admits that its investigation has not been concluded.

If it has made reliable findings why then is there a need for further investigation in respect of the same petitions? The Company believes that we have the right to a fair hearing before judgment can be made. We have been denied this right but instead have been judged guilty and penalized; now evidence is being sought to justify actions taken by the Commission.