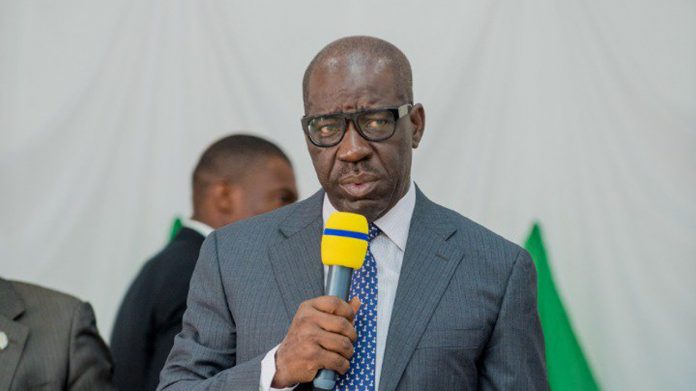 Gov. Godwin Obaseki of Edo says the development of the Benin River Port will guarantee the diversification of the nation’s economy from oil into to non-oil sector such as agriculture and agro-allied businesses.

This is contained in a statement by the governor’s Special Adviser on Special Media, Mr Crusoe Osagie, which was made available to the News Agency of Nigeria on Friday in Benin.

Obaseki said the Benin port on completion, would place the country on the path to sustainable economic growth.

According to him, the project will facilitate the export of agricultural produce thereby boosting export earnings and stimulating economic growth and development.

He said the port, upon completion, would also decongest traffic in Lagos port and facilitate the distribution of goods produced in Edo to other parts of the country.

The governor, who condemned the country’s over dependence on oil, called for increased investment in agriculture to achieve food security, create jobs and improve the livelihoods of citizens.

He said, “The reason we are building the Benin River Port is because of its huge economic benefits to Edo and Nigeria.

“The port will become the closest port to the heart of the country, so that we will be able to act as a sponge to get whatever we are producing here across other parts of the country.”

Obaseki said his government is investing in palm oil production to drive its economy, adding “we cannot continue to depend on crude oil.

“Our over-reliance on oil has not increased our global competitiveness. We must intensify efforts to diversify the economy away from oil.

“Last week, Indonesia and Malaysia banned the export of oil palm. Specifically, for us in Edo, agriculture is key because food production is our priority.

“First, let’s feed ourselves and the extra we have, we will use it to trade.

“For palm oil, we intend to finish with the ground treatment and the allocation in Ovia Local Government Area of the state, to make it work.

“At that point, we would have about 200,000 hectares under cultivation,” he said.