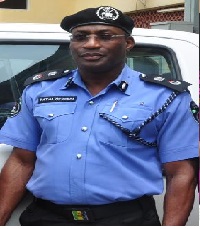 An office assistant with Ever Bright Industries Ltd was arraigned before the Ikeja Magistrates’ Court sitting in Lagos, for allegedly stealing N650,000 belonging to her company.

The 26-year-old office assistant, identified as Boniface Queen, was a staff of Ever Bright Industries Ltd, situated at No. 37, Town Planning Way, Ilupeju, Lagos.

Queen who lives at No. 11, Ayinde Street, Ijegun, area of Lagos is facing a two-count charge of conspiracy and stealing.

Inspector Clifford Ogu, the prosecutor told the court that the offence was committed on Dec. 9 at Zenith Bank Plc, Ilupeju, Lagos.

Clifford said that the accused was driven to the bank by the company driver to deposit N650, 000 into the company’s account.

“The driver left after dropping her and later in the day, the accused came to the office with funny behaviour and flimsy excuse that she did not know how the money was taken away from her.

“According the prosecutor she  said that she met herself at Iyana-Ipaja, area  of Lagos, and managed to get her way back to the office,’’ he said.

The offence, according to the prosecutor, contravened Sections 313 and 410 of the Criminal Law of Lagos State, 2011.

The accused pleaded not guilty to the two-count charge preferred against her.

The Magistrate, Mrs Taiwo Akanni, admitted the accused to bail in the sum of N100,000.00, with two sureties in like sum.

The matter was adjourned to January 26, for mention.